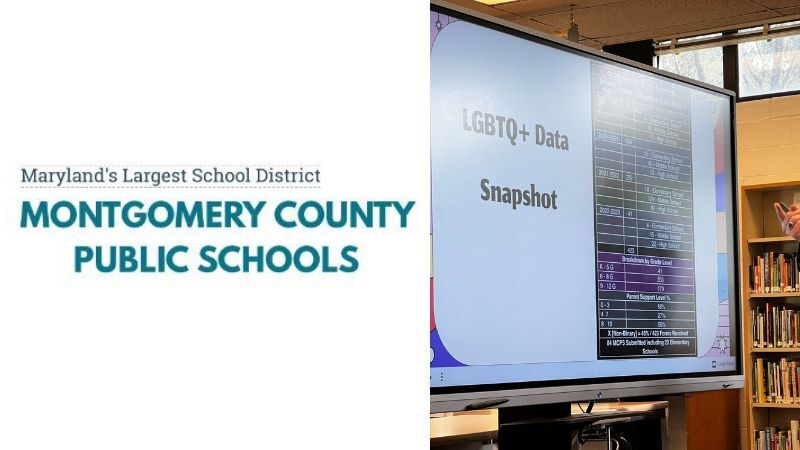 Montgomery County Public Schools (MCPS), Maryland’s largest public school district, saw a 582 percent increase in the number of students identifying as gender-nonconforming in the last two years, according to internal information posted by an educator on Twitter, the Daily Caller reports.

The data comes from forms school counselors are required to fill in whenever a student comes to them to talk about issues related to gender identity. The self-reported stats appear to indicate an enormous near-sevenfold increase in gender-questioning students in just two years.

Of the 423 students who filled out the form with a counselor, 45 percent identified themselves as “non-binary.” The data were collected across 84 schools, which included 20 elementary schools.

Like many school districts across the US and Canada, MCPS guidelines instruct teachers to withhold a child’s self-declared transgender identity from his/her parents unless the child gives permission to inform them. According to the Daily Caller, the form used to collect this data states that parents can be involved only “if the student states that [the parents] are aware and supportive of the gender identity.”

In a statement to the Daily Caller, Bethany Mandel, a conservative activist and parent in the Montgomery County area, said that the data show an “explosion” of gender-confused children.

“This isn’t data that the outside world has seen before; it was accidentally shared and is incredibly illuminating,” Mandel said. “There is a clear explosion of gender-confused children year-over-year, and it’s clear the majority of those are legitimately children, middle school and below. This isn’t just a Montgomery County problem, it’s nationwide; we were just able to get a glimpse of the data here.”