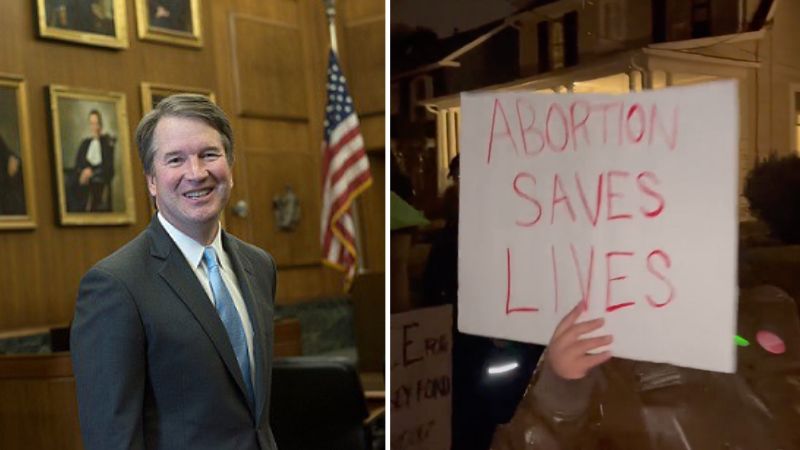 On Sunday, far-left activists protested outside Justice Brett Kavanaugh and Chief Justice John Roberts' Maryland homes on the 50-year anniversary of the now-repealed Row v. Wade Supreme Court decision, while US Marshals allowed the protest to continue despite violating laws.

Daily Signal reporter Mary Margaret Olohan tweeted video of the roughly 20 protestors who were marching in the rain and chanting the call-and-response, “cut his time short—a rapist should not rule the court,” and “no privacy for us—no peace for you.”