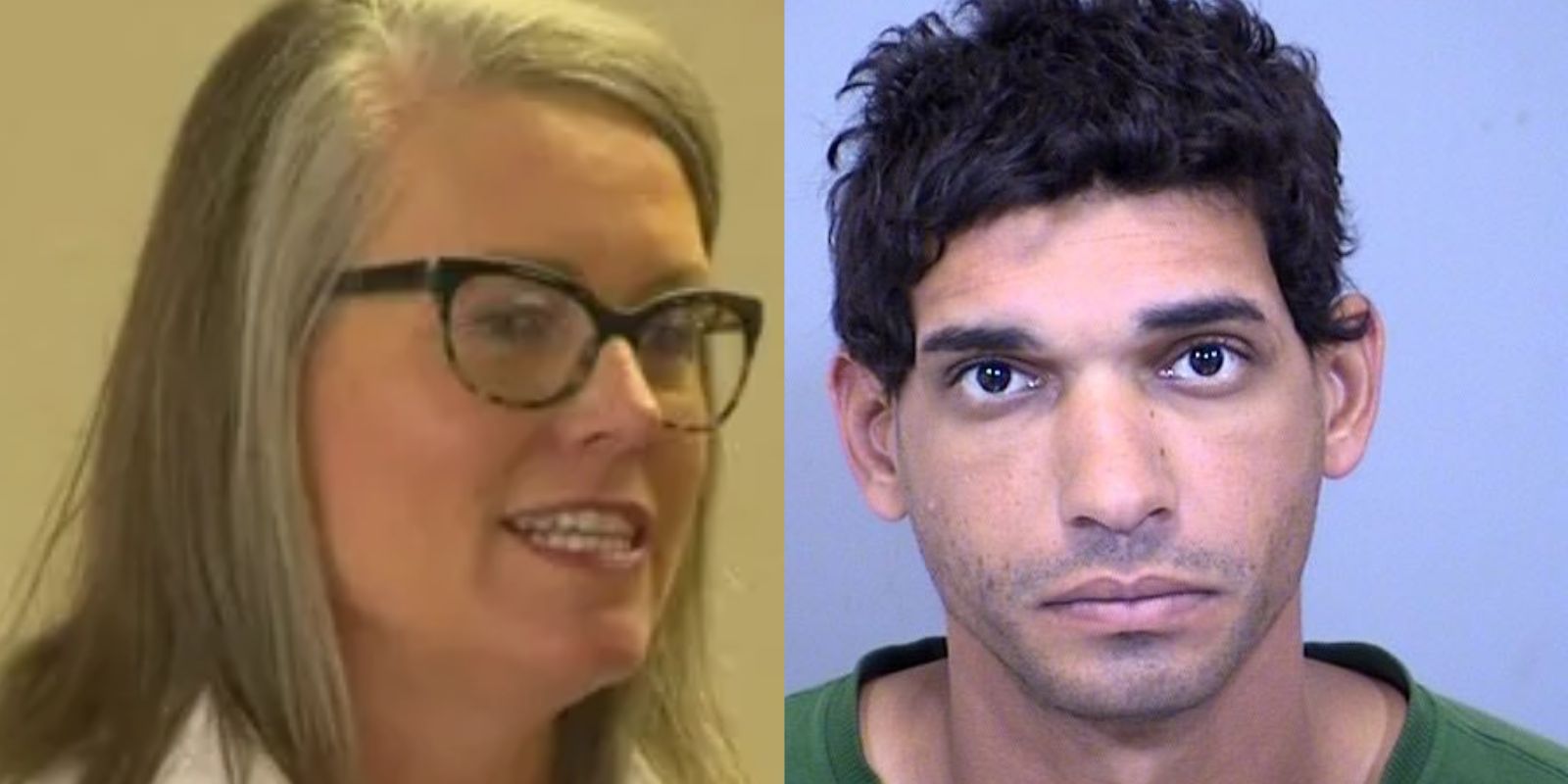 Police in Phoenix, Arizona on Thursday arrested a man suspected of breaking into the campaign headquarters of Katie Hobbs, the Arizona Democratic gubernatorial candidate.

Phoenix police said that Daniel Mota Dos Reis, 36, was arrested in connection to the burglary.

“We are very thankful that the Phoenix Police Department acted so quickly to arrest a suspect,” Hobbs' campaign manager, Nicole DeMont, said in a statement.

Statements from Hobbs' campaign and the Democrats suggested that Republican Opponent Kari Lake was to blame for the break-in.

“Let's be clear: for nearly two years Kari Lake and her allies have been spreading dangerous misinformation and inciting threats against anyone they see fit,” DeMont said, in a statement announcing the break-in. “The threats against Arizonans attempting to exercise their constitutional rights and their attacks on elected officials are the direct result of a concerted campaign of lies and intimidation.”

The Arizona Democratic Party called it “a direct result of Kari Lake and fringe Republicans spreading lies and hate and inciting violence,” the statement said.

In response, Lake said “You gotta do better guys. We were 13 days out from the election, and you’re trying to influence this election…you’re taking completely bogus stories and you’re running with it. It’s absolute Fake News.”

“I can’t believe that she would blame my amazing people or blame me for something like that,” said Lake. “I don’t even know where her campaign office is. I’m assuming it’s in a basement somewhere because that’s where she’s been campaigning.”

The 36-year-old suspect was already sitting in jail preparing for release on Wednesday night when an officer saw his image and recognized the suspect.

The officer contacted the jail and had him re-arrested.

The AZ Mirror reports that “The items stolen from Hobbs, who is the Democratic nominee for governor, were still on him when he was in jail and were returned to the campaign. “

In response, Lake said that Hobbs “knew darn well that I had nothing to do with it.”