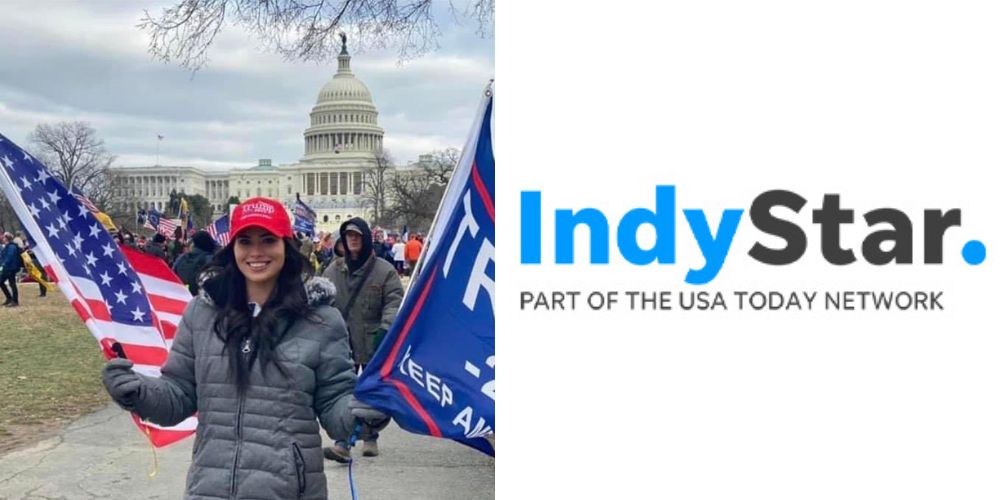 A new report alleges that the Indianapolis Star, or IndyStar, published false facts in a recent news article, claiming that a candidate for the Indianapolis school board was in the US Capitol building during the riot on January 6, 2021.

According to Chalkboard Review, the article’s description on IndyStar.com falsely claimed that “Shawna Lake’s campaign manager confirmed she was in the Capitol on Jan. 6 but said she was not a part of the insurrection.”

Chalkboard Review contacted IndyStar regarding the claims made, and the outlet updated the article description to state that Lake was in Washington DC, the nation’s capital, not the US Capitol, on that day. However, IndyStar didn’t note the correction in the article.

According to Chalkboard Review’s investigation, an intern for the IndyStar named Madison Smalstig, reached out to JD Thomas, Lake’s campaign manager, only twelve hours before the story went live to “confirm[ed] she was in the Capitol on Jan. 6 but said she was not a part of the insurrection or never went into a ‘restricted area.'”

Thomas replied, “It wasn’t an insurrection. Words have meaning. You should know better. She was not ‘in the Capitol.’ The Capitol is a building that houses the Congress. Specifically – she was in Washington DC on the 6th of January participating in a constitutionally protected activity.”

Smalstig thanked him for his confirmation and clarification and pledged to use the updated details. Yet, the headline and description of the article failed to state the clarifications when it was published and the IndyStar article falsely claimed in the article’s excerpt that Lake was in the Capitol.

Lake’s campaign replied by asking if Smalstig knew the “difference between the Capital of the United States and the US Capitol Building.”

Smalstig didn’t respond until later that evening when she said a second article would be covering all of the Avon school board candidates.

Screenshots of the conversation obtained by Chalkboard Review between Smalstig and Thomas showed that the intern ignored several comments and clarifications from the campaign manager.

Smalstig also admitted to taking partial quotes from the Lake campaign responses instead of complete comments and statements.

Additionally, Smalstig did not reveal the source of her information regarding Lake, and that the first social media post which referenced the fraudulent claims discovered by Chalkboard Review originated from Amie Neiling, a progressive failed state senate candidate.

Neiling tagged the Indianapolis branch of the FBI in the false claim that Lake attended the “January 6th insurrection.”

Thomas told Chalkboard Review that the photos and video of Lake on Jan. 6 were taken from Lake’s husband’s Facebook wall. The images showed her holding an American flag in Republican and Trump-branded gear over four hundred yards from the steps of the US Capitol and nowhere near the riot, details that Thomas did point out to Smalstig.

Smalstig failed to state that videos provided by the Department of Justice and reporters present at the riot do not show Lake on the grounds of the Capitol or inside the building at any point during the events.

Additionally, Smalstig did not report if the FBI ever showed any interest in Lake.

In a statement to Chalkboard Review, Lake said, “This morning, October 19th, 2022, the Indianapolis Star published an article where they stated that I was inside the US Capitol building on the 6th of January. As my campaign manager, JD Thomas, communicated to the IndyStar reporter, Madison Smalstig, I was in Washington DC but I was never inside the building and was never in a restricted area. When I decided to run for school board my focus and my mission was clear and to this day I firmly believe that it is imperative that we remove the politics from the classroom, we stop targeting those with whom we disagree and we get back to the basics of classical education, parental involvement, and fiscal transparency for those that call Washington Township home.”

“While I am disappointed with the IndyStar’s purposeful manipulation of the headline and their inability to accurately report on news that is relevant, it does not alter the need for change in the Avon Community School Corporation and it will not change what I truly believe in: Faith, Courage, and Integrity.”

However, the outlet has not responded to Chalkboard Review’s requests for comments according to their report.