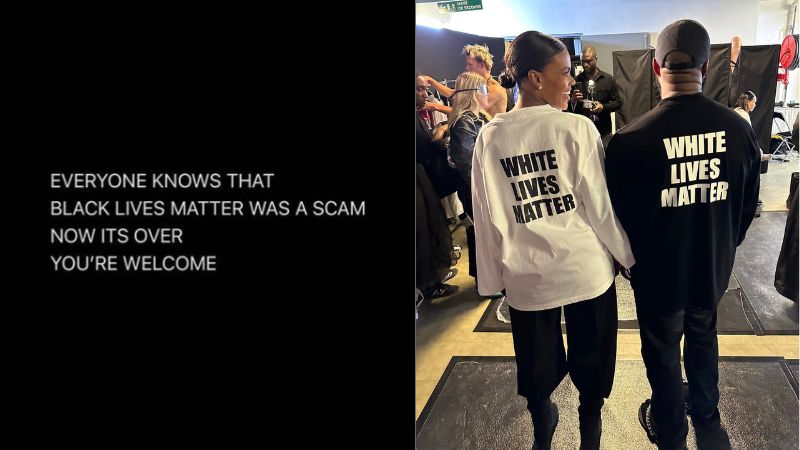 Early Tuesday morning, rapper and fashion designer Kanye West took to Instagram to call Black Lives Matter a “scam,” saying that the movement is “over.”

“Now its over. You’re welcome,” he added.

The post comes after West was seen at Paris Fashion Week sporting a White Lives Matter T-shirt, and photographed alongside commentator Candace Owens, who wore a matching shirt.

West has previously expressed support of Owens, tweeting in 2020, “Thank you Candace Owens,” accompanied by a photo of Owen’s book “Blackout.”

The Black Lives Matter group has come under fire in the aftermath of the 2020 riots that saw the group go viral worldwide, with accusations of stealing against high-ranking members.

The group also faced legal threats from California and Washington for failing to submit the proper required annual reports for the 2020 tax year, a year that saw exponential growth in the group’s donations.

In May of 2021, co-founder Patrisse Cullors stepped down from the organization after backlash over the multiple lavish homes that he had bought in a short timeframe.