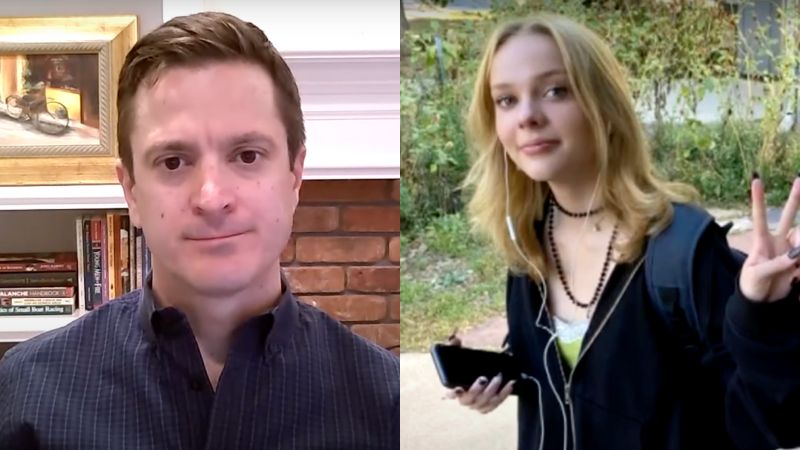 14-year-old Chloe Campbell from Boulder, Colorado, vanished on September 30 after being seen with two “sketchy” men. It took Boulder police 8 days to start asking if anyone knew where the girl was, and in response, JonBenét Ramsey’s half-brother John Andrew Ramsey has emerged to criticize the police saying they showed “apathy” in both cases.

Speaking to the Daily Mail, John Andrew Ramsey said, “It’s a lack of passion and heart, that’s what we’ve been up against, apathy, and you see it playing out here in the Chloe Campbell case, it is the same thing we were up against. Where is the passion?”

14-year-old Chloe Campbell from Boulder, Colorado, vanished on September 30 after attending a High School football game. Reports emerged that she was with two “sketchy” men at the event. Witnesses then placed her, the same day, at the Boulder Creek Trail looking as if she were “intoxicated” while accompanied by the same “sketchy” men.

She was reported missing that very night by her parents, David Campbell and Dr. Jessica Knape Romo. David said, “She was described by eyewitnesses as being with two men. Older men. Too old to be in high school. One of whom was Asian and the other who had a beard.”

Her mother said she was worried her daughter was taken by men “involved with drug dealing and who may have violent criminal records.”

“We believe there may be other kids who know where she is or how to reach her, but they are not sharing this information with the family or law enforcement,” she added.

It took 8 days for Boulder police to start reaching out to see if anyone had information on her location. She has been, and still is, categorized as a runaway, despite the teen having no history of such behavior. An Amber Alert has still not been issued but Boulder cops have said the girl may be “in danger.”

In a statement Boulder police said, “This case presently does not meet the criteria for the issuance of an Amber Alert, but investigators are growing increasingly concerned about the teen’s safety as it is believed that she has no access to money or her medication. She may be with an adult male.”

Since Chloe’s disappearance, both her parents and one friend have been sent a photo of the teen from a snapchat account they do not recognize. She reportedly looks “injured and unwell” in the picture and her family and friends believe she is being held against her will by an unknown third party.

Tips have come in that report the teen has popped up in Arizona, and her father said, “We want to make clear that we do not have any family in Arizona so this is very suspicious to us.”

“I think the emphasis should be on getting her home and then a deep dive into the delay and inaction by the Boulder Police Department. But in the immediate, let’s find this kid, get her home to her parents, then ask serious questions,” Ramsey said.

On December 26, 1996, Patsy Ramsy called police to report her daughter was missing and that she found a ransom note. Police arrived soon after and their initial investigation has been widely criticized. 6-year-old JonBenét Ramsey was found dead in the home hours later. Her corpse was in the basement and she died from being bludgeoned and strangled. No one has ever been charged with the crime.