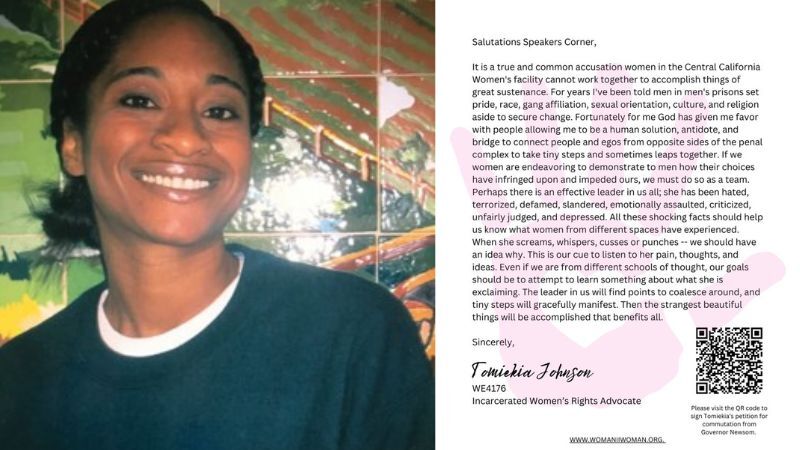 Tomiekia Johnson, incarcerated at the Central California Women's Correctional Facility, penned her support for Kellie-Jay Keen and other gender-critical women from the UK as they begin their US tour to combat gender ideology

Johnson was sentenced to 50 years in prison for killing her abusive husband during a struggle that ended in a fatal gunshot. Despite there being video evidence of her husband abusing her shortly before the fatal incident, her trial failed to take into account the history of abuse she had suffered right up to the moment of her abuser’s death.