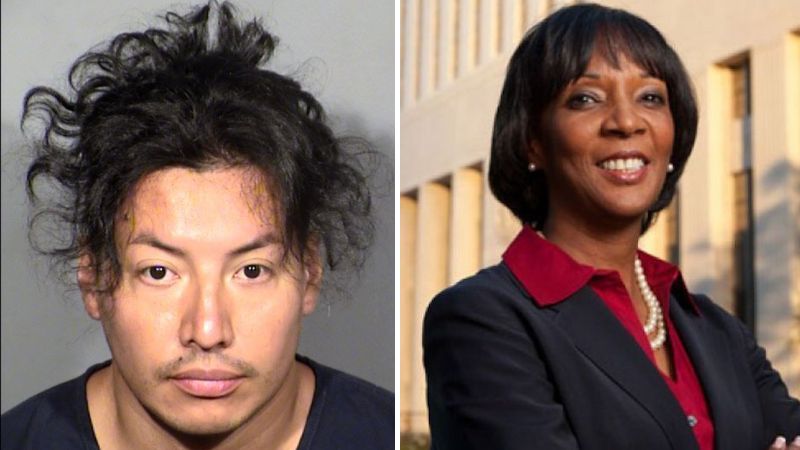 Yoni Christian Barrios, the illegal immigrant who allegedly went on a stabbing attack rampage in Las Vegas on Thursday, has been revealed to have been charged with felony domestic violence back in 2019 in Los Angeles but the charges were dropped after then-District Attorney Jackie Lacey waited too long to bring the case to trial.

According to the Daily Mail, the felony charge would have carried a punishment of four years, meaning he would be locked up through 2023. After DA Lacey waited for over a year to take him to trial over his domestic violence, a judge threw the charges out because of LA's speedy trial laws.

32-year-old Barrios is an illegal immigrant originally from Guatemala. Immigration and Customs Enforcement (ICE) had no record of him before his vicious assault.

In 2016 Barrios was convicted in Riverside, California of driving dangerously without a license.

In July 2019 he was charged with criminally injuring a spouse, cohabitant or fellow parent in an act of domestic violence. DA Lacey waited over 60 days to try the case and in LA, 60 days is the deadline for a speedy trial.

Barrios' faces two charges of murder, and six counts of attempted murder. He is being held in Clark County court, according to Clark County District Attorney Steve Wolfson.

According to the Las Vegas Metropolitan Police Department (LVMPD,) Barrios said he wanted to go back to Guatemala after his arrest. The day of the attack, Barrios, who lived in LA, went to Las Vegas to stay with a friend, but the friend eventually told him he had to go. Barrios targeted a group of showgirls on the strip to “let the anger out.”

One of the victims, 30-year-old Maris Digiovanni, was also a schoolteacher. She was stabbed in the heart and died in her best friend's arms.