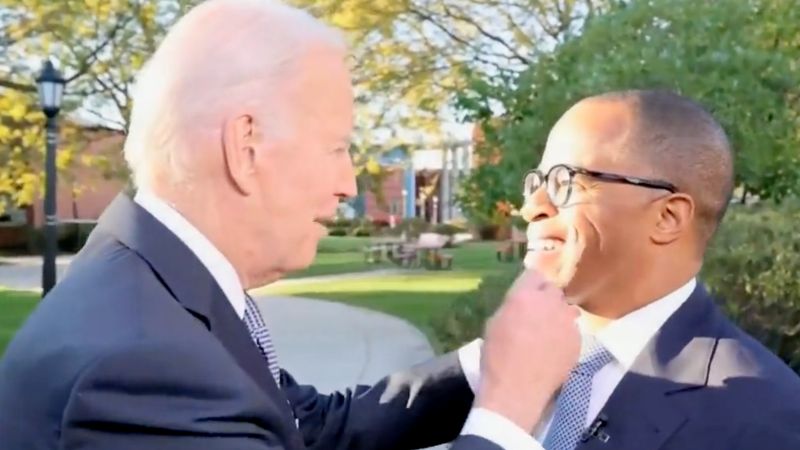 President Joe Biden joined MSNBC's “The Sunday Show with Jonathan Capehart” this weekend to respond to critics who believe he's too old to run for a second presidential term. During the interview, he told naysayers that he could “drop dead tomorrow,” and awkwardly grabbed Capehart by the shoulders.

“So let's say Trump doesn't run again. Convince Aunt Gloria that she should stick with you,” the television host said, referring to his aunt Gloria Avent-Kindred, who is a frequent guest on his show. “I think it's a legitimate thing to be concerned about anyone's age, including mine – I think that's totally legitimate,” Biden said. “But I think the best way to make the judgment is to uh, to, you know, watch me.”