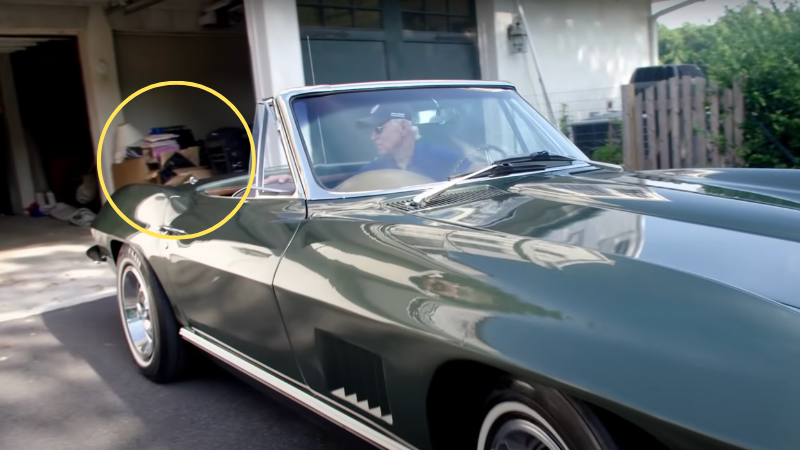 According to the New York Post, which broke the original laptop story, the photo was discovered on Friday, along with evidence that the First Son made “more than 160 trips” to the mansion in just 52 days during the same period when he was involved with a Chinese energy conglomerate. The outlet also reported that this was during the same time that the Biden residence contained the recently-discovered classified documents.

The documents contained by the box are currently unknown.

Screenshots and other images from the laptop piece together the younger Biden's attempt to gather the family at the home for his nephew, also named Hunter's, birthday. The unsecured box of documents was apparently present during the celebration.

In a March 11, 2017 text, the older Hunter invited his three young daughters, to which the youngest, Maisie, replied “We are not ready to see adults yet.” It is unclear if they ended up attending.

This was just over a week after Page Six uncovered the affair scandal between Hunter and the former wife of his late brother, Beau Biden, who died of brain cancer in 2015.

A photo, presumably taken by Hunter, shows family photos spread out on a table in the home as well as a “white cardboard file box with brown packing tape on it.” In the photo, the box appears to have been opened, and has an ajar lid. The Post reported that this picture was taken just “hours” before guests apparently arrived for the party.

On Thursday, the president said he had “no regrets” about his handling of top-secret documents discovered at his Washington, DC office as well as the garage of his Delaware home.

Since November 2, approximately 20 improperly stored classified documents were discovered by Biden's lawyers at his former office at the Penn Biden Center in Washington, D.C. and his personal residence in Wilmington, Delaware, from his time as vice president in the Obama administration.