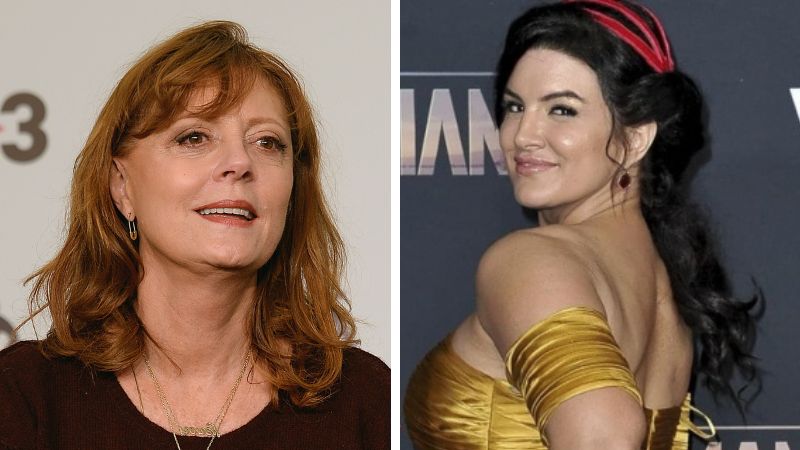 On Tuesday evening, Twitter users noted the hypocrisy of Hollywood after actress Susan Sarandon reposted a photo to her Twitter which echoed a similar statement expressed by former Star Wars actress Gina Carano, who was cancelled by Disney and her agents for this statement.

In early 2021, Carano was fired from Disney’s The Mandalorian for expressing a similar sentiment in a since-deleted social media post.

“Jews were beaten in the streets, not by Nazi soldiers but by their neighbors…even by children. Because history is edited, most people today don’t realize that to get to the point where Nazi soldiers could easily round up thousands of Jews, the government first made their own neighbors hate them simply for being Jews. How is that any different from hating someone for their political views,” she wrote.

Shortly after the post went out, Lucasfilm said in a statement, “Gina Carano is not currently employed by Lucasfilm and there are no plans for her to be in the future. Nevertheless, her social media posts denigrating people based on their cultural and religious identities are abhorrent and unacceptable.”

Twitter users were quick to note the similarities between the two posts, and asked if Sarandon would receive a similar treatment.