‘GET OUT OF CITIES’: I left the sirens of New York City for the church bells of rural America 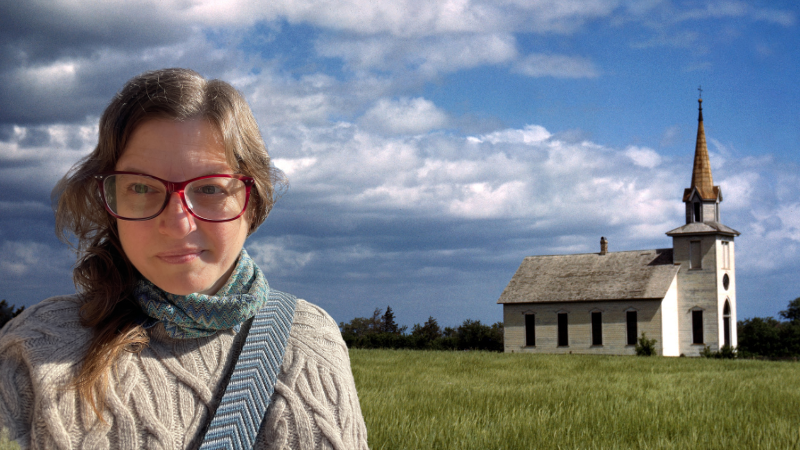 “Honey, we left!” My grandmother told me when I moved to the Lower East Side in 2002. My apartment was mere blocks from the Little Italy neighborhood where she and my grandfather were born more than a half-century before.

When I moved to Brooklyn several years later, my grandfather came to visit, and showed me what had been his father's Rosalia Bakery, the brick oven he'd helped his father build in the back. He pointed out the apartment he and my grandmother had first brought my mother home to as a newborn.

The hospital she was born in, where my great-grandmother later died, was the same one where, decades later, my son was born. By then, the rest of the family had gone, cousins, great-aunts, and uncles, all moved away.

My mother had long since sold her apartment on West 66th Street, the one where I visited her on summer vacations and school breaks. I was the product of New York, one of its most dedicated residents, yet my ancestors had all fled the place.

I've left this place, the only place I've ever really known and felt as home. The place where my mother let me wear fluorescent socks, where I felt a first sense of communion with the spirit when, during summer study at an acting conservatory before I turned 17 I stood in the rain on 1st Avenue, washed by puddles splashed by city buses, and felt that the tears running down my face were indistinguishable from the water of the air, the sky, the street.

I never owned any piece of the city but my own mind and heart, and I never, under any circumstances, truly thought I would leave. I never wanted to live anywhere else. I never wanted to be anyone else than who I was with the city beneath my feet, the universe within reach of my outstretched hand.

Now I moved to a small town in a red state.

I woke up on New Year's Day to the sound of church bells. It had been years since I'd heard them coming in through my apartment windows. With my windows open in my last apartment I could hear the Muslim calls to prayer, fog horns of the big ships coming through the Verrazano Narrows.

I could hear children crying through the walls, parents screaming in languages I couldn't understand and often couldn't identify. I could hear the shut-in across the hall coughing, doors slamming, high heels clicking on the floor above, loud Spanish soap operas. Cats mewling in heat, traffic jams, honking horns, cursing, sirens, chanting of anti-Israel protests.

The church bells played Christmas Carols. Carol of the Bells, What Child is this, Away in a Manger. I felt my heart lift, a physical sensation. I felt my eyes sting with the awareness that I had missed this, and though I had never heard this sound before, I had distinctly been craving it.

I thought of the culture I'd left behind, a culture that wasn't mine, that had no trace of what my grandparents would recognize.

I thought for the first time that I hadn't left my home, a place of transience, a place of impermanence, but had perhaps found one.

Found one that, despite its lack of familiarity, its country roads, its distance from skyline and cement, held the remnants of my ancestral culture, one in which even my Italian immigrant grandparents would see a piece of themselves, of what they left behind when they left New York, moved on to Detroit, later Long Island, Florida.

The culture of theater I'd come to New York to be part of, and was part of, has long since become one without the kind of art I love to see and love to create.

The culture of the city has little place for Christianity, for values of steadfast loyalty, hard work, and communion. If those things are still there, they are not where I can find them.

New York is no longer a place where I can find myself, or where my son can thrive.

And so I left home. But maybe, in some way, I've finally arrived.