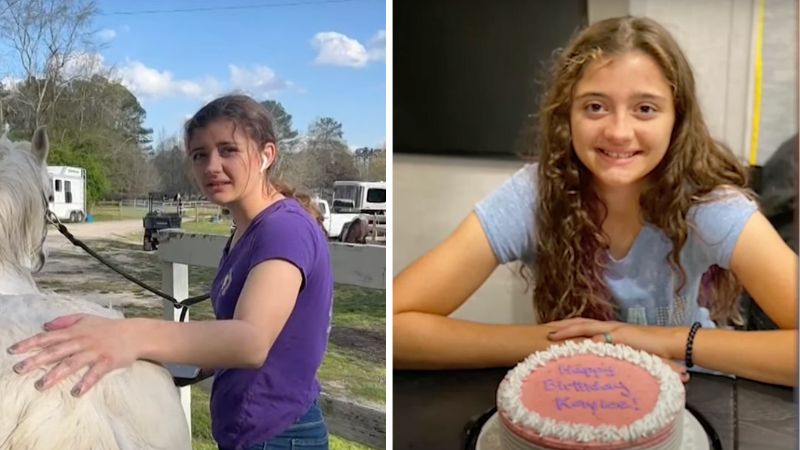 On Friday, the Carroll County Sheriff’s Department put out a desperate plea asking the public for help locating 17-year-old Kaylee Jones who mysteriously vanished four months ago with no evidence pointing to her whereabouts.

According to FOX News, Jones’s parents alleged that their daughter had been communicating with strangers online via sites such as Omegle prior to her disappearance, leading them to confiscate her phone two days before she vanished. They claimed that she had even shared personal information with “guys” she spoke with, including her home address.

Jones, whose birth name is Jillian Paige Temple, was last seen on June 14 at her home in the 700 block of Whooping Creek Church Rd in Carrollton, GA. She has special needs, and left without her medication.

It was later discovered that Jones left both her phone and laptop, which she used to continue chatting after the former was taken away, at home, leaving her with no means of electronic communication.

The Carroll County Sheriff’s Office noted that she and her family had moved to Carrollton in 2021 from Brooksville, FL where they “still have family and friends.”

They revealed that they “have a team of dedicated Investigators working this case and tirelessly following every lead and working in conjunction with many law enforcement agencies throughout the state and the country.”

Jones is described as 5 ft 8 in tall and 135 pounds, with brown hair and brown eyes.

“It is possible Kaylee has a blue in color bookbag with a horse on the front and possibly has ‘Mazi or Kaylee’ on the front,” the Sheriff’s Department added.

Anyone with information is asked to contact Courtney Short with Carroll County Sheriff’s Office at 770-830-5916 or email at cshort@carrollsheriff.com.