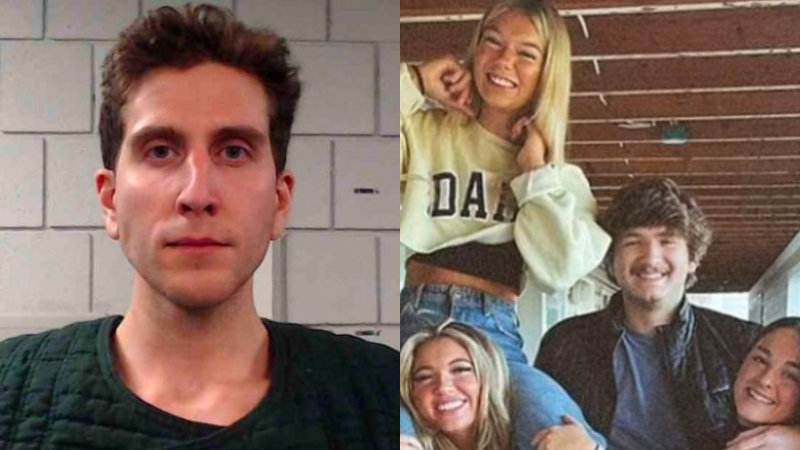 Bryan Kohberger, the suspect charged with the murders of four University of Idaho students, may have been motivated by a possible “incel complex,” according to a former FBI investigator.

“The murders may have been… an effort to assert some type of dominance,” former agent and security expert Pete Yachmetz told the New York Post this week.

“I believe a continued stabbing of a victim indicates… an uncontrollable rage and extreme anger,” the ex-investigator said, noting that Kohberger, a 28-year-old criminal justice student, has been described as “socially awkward with a long history of interpersonal problems” by former friends and classmates.

“I think he may have developed a sort of incel complex,” he added.

Kohberger was arrested in December for the November 13 murders of Kaylee Goncalves, 21, Madison Mogen, 21, Xana Kernodle, 20, and Ethan Chapin, 20, who were found brutally stabbed to death in a residence near campus in Moscow, Idaho.

“Incel” refers to men who consider themselves to be “involuntarily celibate” as they have no luck with getting romantic or sexual encounters with women. The use of the term was largely popularized on online forums dedicated to blaming and hating women and girls for their issues.

Multiple attacks have been perpetrated by these so-called “incels” in recent years. In 2018, Canadian man Alex Minassian killed 10 people when he plowed into Toronto pedestrians with a van. According to CBC, Facebook confirmed that the killer made a post about launching an “incel rebellion” and praised fellow incel killer Elliot Rodger minutes before driving into a crowd of people.

Rodger killed six people in a 2014 stabbing and shooting spree in Isla Vista, California, after releasing his 141-page incel manifesto and a YouTube video complaining of his virgin status. After murdering the six and injuring 14 others, the 22-year-old turned the gun on himself.

Yachmetz's claim that Kohberger may have been motivated by an “incel complex” aligns with the opinion of Dr. Carole Lieberman, a forensic psychiatrist who told CourtTV last week that she also believed the suspected murderer is an incel.

“I've been saying from the beginning that he's an incel,” Lieberman said, due to his “stalking” and “choice” of the victims, of which three-quarters were young women.

“Incels like to be known for when they kill people, or when they have a conquest like this,” she said, of police stating that Kohberger went back to the scene of the crime hours later before fleeing to his family's home in Pennsylvania.

“On the one hand, he wanted to commit the perfect crime and not be caught, but on the other hand, he did want to be caught, and be proud, in a sense, of what he did.”

A woman who claimed to have gone on a date with Kohberger seven years ago took to TikTok to share her experience being “gaslit” and touched without consent by him.

The woman, identified as Hayley, said that the two went to see a movie, but when he drove her home he let himself inside and made her uncomfortable.

“I thought he was just going to drop me off, but that was not the case. He kind of invited himself inside,” she said.

Kohberger picked a Netflix movie for the two to watch once inside, according to Haley, and “He kept trying to touch me. Not like inappropriately, just trying to tickle me, and like rub my shoulders and stuff and I was like ‘why are you touching me?'”

He “got super serious” and she said, “He's like ‘I'm not,' and I'm like, ‘you are though,' and he's like, ‘I'm not touching you.' Kind of trying to gaslight me into thinking that he didn't touch me, which is weird.”

The woman then went to the shared dorm restroom and Kohberger allegedly followed her.

“I just thought that was weird,” she said.

Hayley then “proceeded to pretend to throw up” as an attempt to get him to leave because she “was not into it.”

She said, “It wasn't because I was scared of him or thought he would hurt me if I asked him to leave. It was just mostly because I’m socially awkward. I didn't know how to ask him to leave.”

She persisted with the faux vomit routine until Kohberger allegedly wrote to her via the Tinder app that he was leaving. Haley claimed he later messaged her again to say she had “good birthing hips.”

A middle school classmate of Kohberger's told the Daily Mail that the popular cheerleaders “tortured” the accused killer as a boy.

“The whole clique of popular girls made fun of him in school. They were the cheerleaders and the ones that every kid had crushes on,” the anonymous former classmate said.

According to the New York Post, the bullying may have been reflected in posts Kohberger reportedly made in his youth, with one 2011 online entry saying that he felt “like an organic sack of meat with no self-worth.”

Kohberger, who has not entered a plea to the four counts of first-degree murder and one count of felony burglary, is expected back in court on June 26.