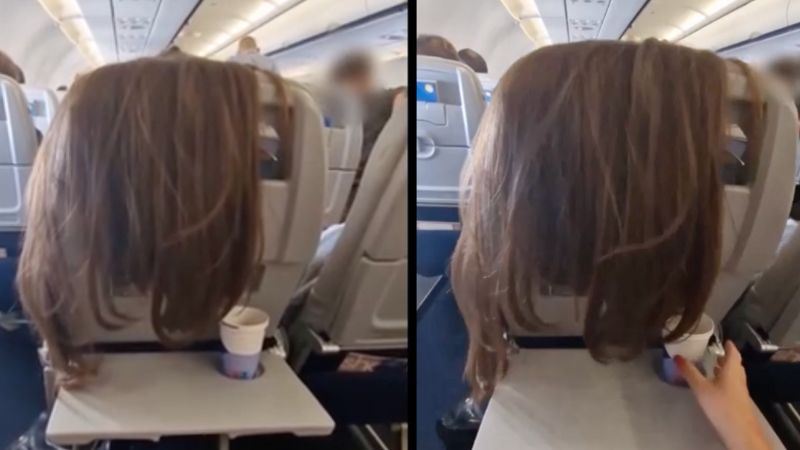 An unknown female airline passenger with flowing locks of brunette hair cascaded her strands over an airplane seat and they poured onto food blogger Julie Christensen’s tray table while on an Aegean Airlines flight on September 29 going from Athens to Amsterdam.

Fox News reports that Christensen said “I was like,’Is this normal?'” and that the woman kept her hair like that for most of the trip.

The food blogger also said she was too tired to confront the woman and that it “didn’t bother” her all that much. Their flight had been delayed and she was mostly fascinated with the hairy ordeal.

Christensen posted a brief snippet of the situation on TikTok, showing how close the hair fell towards her cup of coffee.
The video was seen at least 3.2 million times.

Christensen said, “People get fired up because it’s a very rude thing to do.”

“Maybe other people would’ve reacted differently or even aggressively to this, but, for me — I’m used to it,” she said, adding “I just found it really cute and funny.”