Fiona batters Canada’s east coast: ‘like nothing we’ve ever seen’ 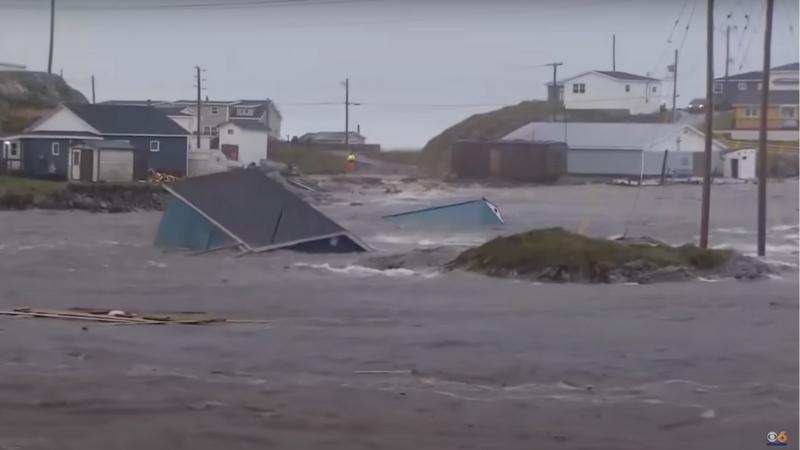 Though Fiona was downgraded from being categorized as a hurricane to a tropical storm on Friday, the storm has slammed into the eastern regions of Canada, causing flooding and power outages.

With parts of five provinces experiencing torrential rain and winds of up to 160km/h (99mph), and widespread flooding, hundreds of thousands of people have been left without power, reported BBC early Sunday morning. According to police, it’s “like nothing we’ve ever seen.”

Tropical storm warnings have been issued for the Atlantic provinces of Nova Scotia, Prince Edward Island, Newfoundland and New Brunswick, as well as in parts of Quebec.

One woman has also been reported missing, after being washed out to sea in Newfoundland.

Port aux Basques, a town in the southwest of Newfoundland, has been hit particularly hard by the storm, with everything east of the town hall building being put under an emergency evacuation order as the town is pounded by severe winds and storm surge, reported CBC on Saturday.

“What’s actually happening here is total devastation,” said Mayor Brian Button. “We are going to force people out of their homes if we need to. They need to go.”

Power lines were down, the town hall was flooded, and multiple roads were washed out.

MHA Andrew Parsons, who represents the community of Burgeo – La Poile, is devastated by the damage Storm Fiona has caused to his hometown of Port aux Basques.

“After speaking to the town manager, we’re looking at about 200 people displaced,” said Parsons to CBC.
“Over 20 homes damaged or destroyed. Again, some of these are extremely close friends, people I’ve known my entire life. Just a flick, just seconds, they lose something that they’ve worked at.”

Mayor Button added that these are only initial estimates, and that the number will surely increase once it’s safe to go and look.

“We know there’s more,” said Button. “But, we don’t know how many, and can’t even get out there to look.”
Prime Minister Trudeau said the military will be deployed to Nova Scotia, adding: “If there is anything the federal government can do to help, we will be there.”

Trudeau has said he will no longer travel to Japan to attend the funeral of former Prime Minister Shinzo Abe to help build back in Fiona’s aftermath.

Local power companies with lines down have warned that it could take days to restore electricity, as wind speeds remain too high to begin repairing the lines.

Fiona had already wreaked havoc in Puerto Rico and the Dominican Republic earlier this week, just before the five-year anniversary of Hurricane Maria killing and displacing thousands in the Caribbean. Many people are still left without power, reported the Washington Post.