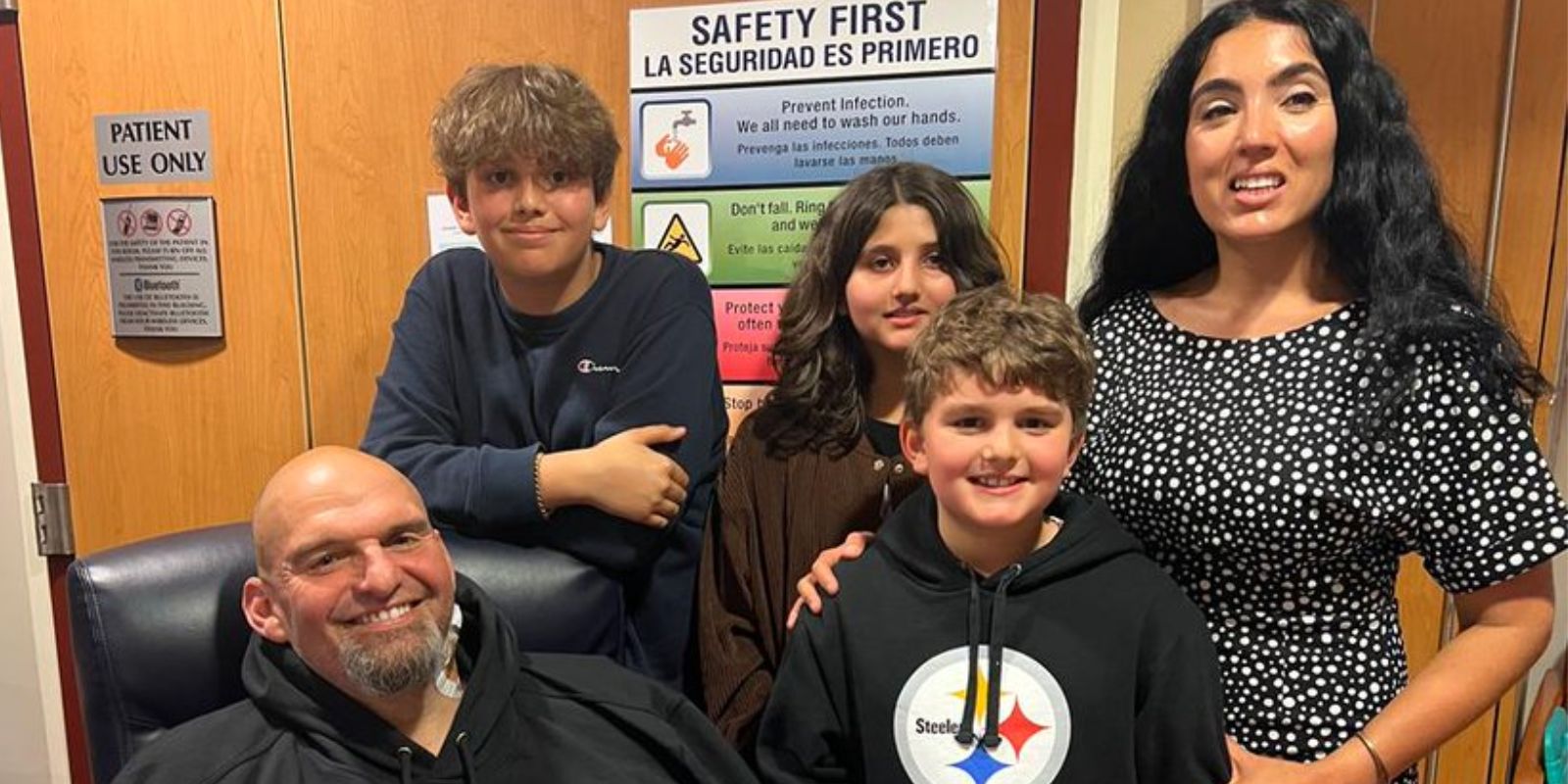 Gisele Baretto Fetterman, wife of Pennsylvania Democratic Senate nominee John Fetterman, criticized NBC News after it conducted an interview with her husband during which they discussed accommodating the lawmaker with closed captioning after he had a stroke.

Fetterman had a stroke in May prior to the Pennsylvania Senate primaries and uses closed captions to communicate more clearly. Fetterman used closed captioning during his sit-down interview with NBC News's Dasha Burns.

Burns told viewers that it seemed like Fetterman was not able to follow their conversation prior to the interview without closed caption assistance, reports The Independent.

“During some of those conversations before the closed captioning was rolling it wasn’t clear he could understand what we were saying,” said Burns while promoting the interview.

Fetterman's wife criticized the interviewer, saying: “If this happened in a school, if this was a child that was ableist towards another child or a teacher, there would've been issues stated. There would have been new training done,” she told The Independent in an exclusive interview. “What is being done at the media after a reporter came out so openly ableist towards a person? I think shocked and appalled, but sadly not surprised. I know there's still so much to do, but it would be great to see some accountability, to actually see real change.”

The Fetterman's have been married since 2008. Ms. Fetterman has become a major surrogate for her husband since his stroke and said that she's worried about the negative stigma that could result from the interview.

“And I would love to see an apology towards the disability community from her and from her network for the damage they have caused,” she said.

She said that the accommodations are a way to even the playing field. “It's to bring more people into these spaces. And the fact that certain journalists have behaved like this around closed captioning just shows how devoid of disabled people so many spaces are,” she said.

She compared the struggles to those of her own personal life, saying she was undiagnosed with ADHD as a child.

“So I grew up uninsured,” she said. “And I knew accommodations would've made my life so much better growing up. I knew something. I knew I thought differently. I knew my brain worked differently, but it wasn't until I was an adult with insurance that I was able to go through the process and actually be diagnosed.”

Speaking with the Daily Beast, Gisele Fetterman said, “I don't know how there were not consequences, right? I mean, there are consequences for folks in these positions who are any of the ‘isms.' I mean, she was ablest and that's what she was in her interview.”

Fetterman wanted Burns held accountable for the “disservice that she did to not only my husband, but anyone facing a disability.”

“It was appalling to the entire disability community, and I think to journalism, so I was shocked. I'm still really upset about it. And I think the positive is it's that it's brought a lot of conversations around accommodations, around rights, around ableism. Right? I mean, ableism was trending on Twitter,” Gisele Fetterman said.

Autistic state legislator Jessica Benham also came forward to say that she believes journalists don't understand people with disabilities. However, Fetterman's disability is the result of a stroke, and concerns are that it had an impact on his ability to function in a high-powered position, such as the one he seeks to represent Pennsylvania in the US Senate.

“More broadly, it reinforces stigma around the general competency of people of disabilities to do work, or participate as equal members of society” Benham told The Independent.

“The lieutenant governor has a lot of privilege,” Benham said. “So for him, obviously, the stigma is still there. But the impact of this kind of portrayal could do much more with people with disabilities with significantly less privilege.”