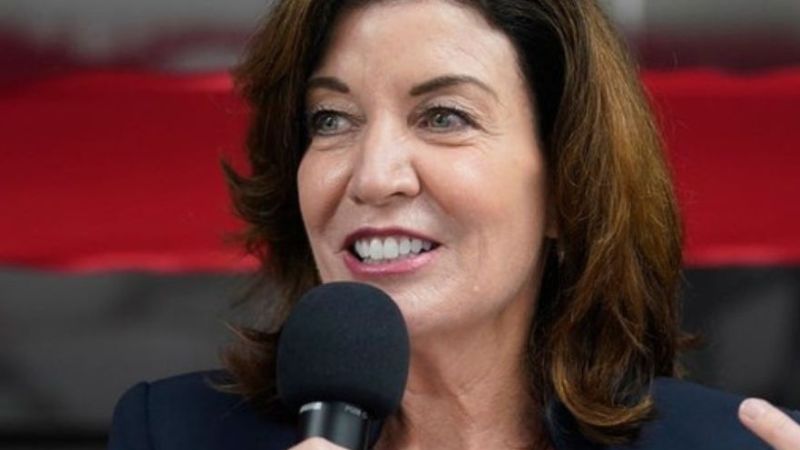 According to CNN, Judge Glenn T. Suddaby of the US District Court for the Northern District said that that law “further reduced a first-class constitutional right to bear arms in public for self-defense” into a “request.” The judge struck down many of the locations where the law previously said concealed carry firearms were prohibited and it cast away the need for a gun applicant to provide a social media history. Governor Kathy Hochul signed the legislation into law in July.

Judge Suddaby of the Northern District of New York in Syracuse also gave three days for an appeal to his ruling, giving Hochul and New York state representatives time to appeal.

That three-day window also allows the Gun Owners of America to challenge the entirety of the legislation in a lawsuit.

The law created new criteria to obtain a concealed carry permit where an applicant would give the government a list containing three years of history of their current and inactive social media accounts. The law states that applicants must also have 16 hours of firearm training, provide four character references, and list the contact information for any domestic partners or adults of any kind they live with.

Potential applicants will also be required to show “good moral character,” meaning “the essential character, temperament, and judgment necessary to be entrusted with a weapon and to use it only in a manner that does not endanger oneself and others.”

At a press conference regarding the new legislation, Hochul said “we are creating a definitive list of sensitive locations where individuals will not be able to carry firearms.”

Another new rule is a “Default of No Concealed Carry on Private Property and Businesses Unless Deemed Permissible by Property Owners.” Hochul said of this law, “We are making ‘no open carry' the default position for private businesses. That means that any business, grocery store, retail, private home, a place that wants to allow guns on their premises will have to demonstrate that and establish that they put a sign out there that says concealed carry guns are welcome here.”

Hochul said of the judge's ruling, “While this decision leaves aspects of the law in place, it is deeply disappointing that the judge wants to limit my ability to keep New Yorkers safe and to prevent more senseless gun violence.”

“The state, however, cannot enforce a concealed carry restriction on public transportation, including subway cars and railroads; summer camps; at entertainment, gaming or sporting events; or zoos, libraries, parks, homeless shelters, domestic violence victims’ residential programs and licensed childcare programs among others, in part because these places are in locations where law enforcement or security are presumably – readily available,” the ruling stated, per CNN.