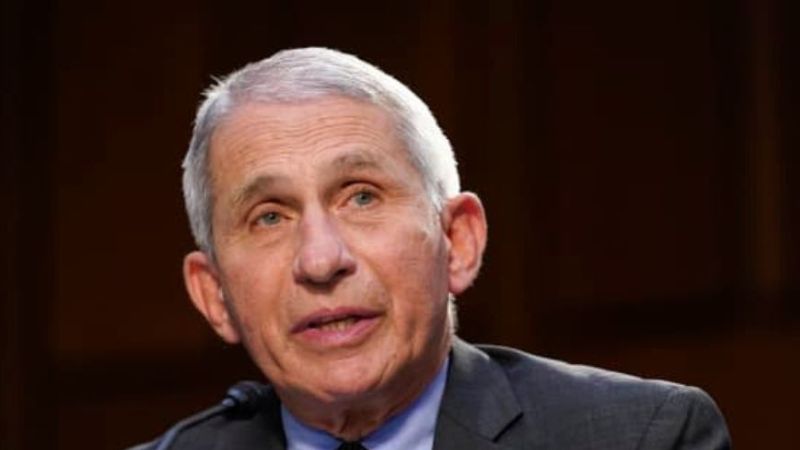 Dr. Anthony Fauci said that “certain aspects” of the government’s coordinated response to Covid were “botched” and cited masking and the slow rollout of rapid testing as examples while speaking at the Texas Tribune Festival in an interview on Thursday.

According to Fox News, Fauci said of the government “They did not get the commercial involvement in the tests quickly. They stuck to their own tests,” and “We didn’t know masks worked outside of the hospital setting.”

In December of 2020, Fauci admitted he was “guesstimating” the figures he was using for herd immunity, numbers which significantly impacted the country shutting down and had been aggressively inconsistent on masks while being very consistent on Covid never ending as a public crisis. President Biden declared Covid was over in a “60 Minutes” interview on Sunday.

He said to the Texas Tribune Festival that he’s the GOP’s “boogeyman” but would cooperate with any GOP led investigations, despite not being in office, after the midterms.

Republican Senator Rand Paul from Kentucky has promised to investigate Fauci for his policies. The two have clashed on several occasions as Fauci allegedly lied to Congress multiple times, such as concerning the possibility that Covid was man-made. Senator Rand Paul confronted the doctor on the lie, especially because Dr. Fauci had funded gain of function research at the Wuhan, China lab from which the virus most likely escaped.

Fox News reports that the government “showed themselves to be untrustworthy and ineffective” during the pandemic and did not “adhere to basic norms of institutional rationality and transparency” according to the “Lancet COVID-19 Commission,” a group of academic partners dedicated to researching public policy.

“So, although you have to be aware and not deny that there are deleterious consequences for prolonged periods of time for keeping children out of school, remember, the safety of children is also important,” Fauci said.

Multiple studies, including those from the National Center for Education Statistics and the Department of Education, have shown that the damage to students’ education from the shutdown has been catastrophic, with reading and math scores at historic lows.

Fauci said he maintained his “personal and scientific integrity” as well in the Texas Tribune Festival interview. Earlier in August, Fauci told Dr. Larry Corey at the Fred Hutchinson Cancer Center that he symbolizes “truth” and “integrity” across society in a phenomenon he calls the “Fauci effect.”

Prior to that, Fauci said that attacks on him are “attacks on science” when speaking to MSNBC’s Chuck Todd in June 2021. In November 2021, he told Face The Nation’s host Margaret Brennan that “if you’re attacking me, you’re really attacking science.“

Fauci’s comments to the Texas Tribune Festival are similar to those made by Biden’s Covid czar Dr. Ashish Jha who backtracked on two years of failed guidance for the public and said social distancing was likely “not the right way” to think about Covid prevention. Similarly, CDC director Dr. Rochelle Walensky announced that following an external report she ordered in April, she was calling for a “reset” to ensure that the CDC would be better able to assist Americans if and when the next pandemic takes place.