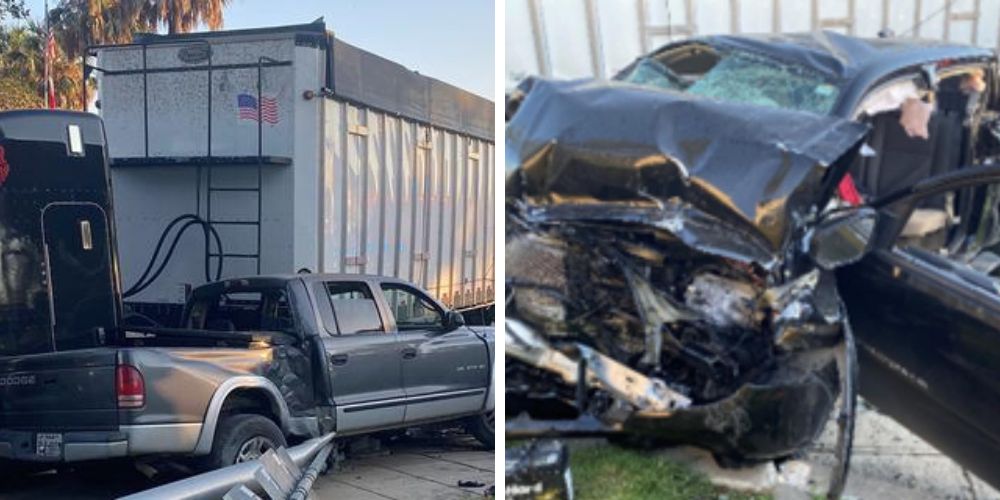 A three-vehicle crash in Uvalde, Texas on Wednesday night killed two people and injured 10 others.

According to the Texas Department of Public Safety, the accident involved a 17-year-old girl who was “involved in human smuggling as she was smuggling nine illegal immigrants from Mexico.”

The girl and an unidentified passenger were in the front seat of a 2007 Toyota Tacoma and driving erratically, according to Border Protection agents. The pair were killed after the driver ran a red light and drove into a 2006 Peterbilt truck. The collision knocked the truck into a 2002 Dodge pickup.

According to Fox News, high-speed chases through town are common in Uvalde, which is approximately 60 miles from the US southern border. The town continues to deal with an unprecedented number of illegal immigrants.

Rep. Tony Gonzales (R-TX), who represents Uvalde, told the outlet, “The nightmare of the border crisis, when will it end? The people of Uvalde have been through so much the past year-and-a-half. And these high-speed chases have honestly been going on nonstop for almost two years now.”

He added that schools in town have had to shut down almost 50 times in the past few months as smugglers speed through Uvalde while trying to evade law enforcement. “The community is essentially re-victimized over and over,” he added. “Really, the first responders. How many dead bodies do they have to see? My first responders are in really bad shape.”

Gonzales laid the blame directly on Democratic President Joe Biden. “Joe Biden has abandoned Texas. He’s abandoned communities along the border. And it’s very frustrating because all this can be prevented. And all this loss of life, chaos, disruption, it all can be prevented if the White House will simply sit down and have a conversation.”