EXCLUSIVE: Expert witness in hearing of BC nurse justifies housing males in women’s prisons because women can be violent too 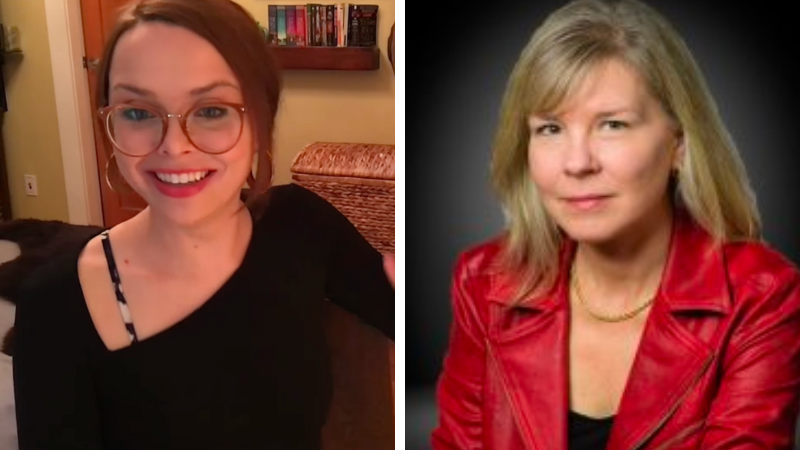 On day 7 of the hearing of Canadian nurse Amy Hamm, who is under investigation for allegedly transphobic off-duty activity, expert witness Dr. Greta Bauer dismissed the suggestion that allowing male criminals to self-identify as women and be transferred to women's prisons necessarily puts women at risk because “cisgender” women frequently sexually assault one another in prison.

During the second day of her cross-examination of Bauer, Lisa Bildy, legal counsel for Hamm, brought up the question of what is an unacceptable level of risk when it comes to housing transgender inmates by their gender identity.

Bildy referred to a report submitted by Heather Mason, a prison advocate and former federal inmate who campaigns for single-sex prisons, which contained accounts of women being assaulted by trans-identified males in women's prisons and halfway houses.

“Would you agree that one of the potential risks to natal females in having transgender individuals in women's prisons includes sexual assault and violence?” Bildy asked Bauer.

Bauer appeared to be unable to distinguish the different level of risk involved in adding a male criminal with a history of violence against women to a women's prison compared to that of adding a woman.

When Bildy pointed out that there was an appreciable difference between a woman attacking another woman and a trans-identified male committing the assault, the only difference Bauer seemed able to see was that of the possibility of a pregnancy occurring because “the brutality of sexual assault by women against women is something that also exists.”

“By ‘cisgender' women who are incarcerated, that will be greater than the rate of sexual assault in the non-incarcerated population,” was Bauer's reply.

When asked if she could see that there might be motivations for male criminals to self-identify as women for reasons that are not genuine, Bauer confirmed that of course, people could lie or commit fraud. She also agreed that the fact that Statistics Canada records the gender identity of inmates who have transitioned rather than both their sex and their gender identity would be of concern for reliable data collection.

Male criminals who self-identify as women have been permitted transfer to women’s prisons in Canada since Bill C-16 was passed in 2017, which added gender identity and gender expression as protected characteristics to the Criminal Code.

While Correctional Service Canada (CSC) claims to assess risk for each transfer request, there have been reports of violent males being granted permission to transfer to women's facilities, such as that of the male who is incarcerated for murdering a woman and then sexually assaulting her corpse who is now according to Mason housed in Grand Valley Institute for women in Kitchener, Ontario.

Bauer suggested that the risk of women being sexually assaulted by male criminals housed in women's prisons had to be balanced with the risk to the mental health of trans-identified male inmates who might be housed in isolation in men's prisons for their own protection.

When asked what she felt about Mason's recommendation that all males with a history of violence against women or children should be moved to an accommodation other than a women's prison, Bauer said she would not because “that should be based on their behaviour and not their history.”

Later in the cross-examination, on the topic of the concerning increase in children and adolescents now identifying as transgender and seeking medical treatment, Bauer said she didn't find the stories about whole friend groups identifying as transgender alarming because “people don't choose their friend groups randomly,” suggesting that rather than peer influence and social contagion being the cause of these clusters, the reason is because “transgender children” gravitate towards each other and form friend groups.

When asked whether she felt that the frequently cited statistic that 43 percent of trans people had attempted suicide might scare parents of gender distressed youth into seeking out “gender affirming care” right away, Bauer replied they might not, that instead they “might want to hang on and hope that their child is not trans or seek out conversion therapy.”

Bildy asked Bauer if she'd heard the expression “better a living son than a dead daughter” and if she was aware of trans activists online who might be advising young people to threaten suicide in order to access to hormones.

Bauer confirmed she had heard others say it goes on but that during her research she does not ask respondents for such information.

Towards the end of the long day of cross-examination, Bildy attempted to clear up a misunderstanding surrounding one of Hamm's tweets which Bauer had earlier stated was evidence of Hamm's alleged transphobia.

“Is there anything more embarrassing than straight people going by they/them, getting a dumb haircut, and calling themselves trans and queer?” reads the tweet in question.

“It's not evident to me why straight people would be calling themselves trans and queer,” replied Bauer. “And if they were, it seems to imply that a trans or queer haircut is a dumb haircut.”

The last topic of discussion for the day was on the eunuch chapter of the World Professional Association for Transgender Health (WPATH) Standards of Care 8. Bauer hadn't read the chapter so couldn't comment on it beyond saying that she had never come across a Canadian who identifies as eunuch in her research, but that she was aware that there were eunuchs in other cultures and that there were eunuchs in the bible.

When asked if she was aware that the website Eunuch Archive, described in the chapter as “the greatest wealth of information about contemporary eunuch-identified people,” contains child castration pornography, she responded that she had not looked at that website.

Bildy was not able to finish her cross-examination of Bauer in this session, so it will continue when the disciplinary panel reconvenes on January 10th.