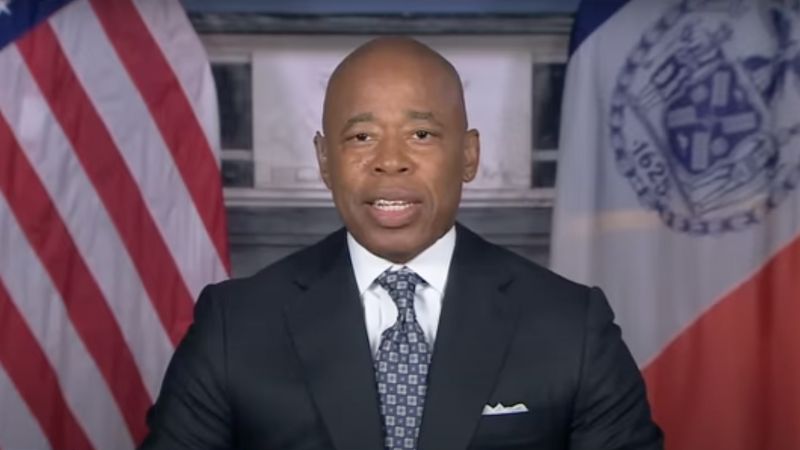 On Monday, New York City mayor Eric Adams announced the creation of a newsletter that would allow him to more easily distribute his propaganda to residents.

The newsletter, which is opt-in only, would inform New Yorkers about new government initiatives and policies, as well as local events and goings-on around town.

“You can report and distort a version of what I say,” Adams told journalists during a press conference at a local sneaker shop. “I wanna speak directly to the people of this city, [so they can] hear directly from the person they elected; that's the purpose so that we can communicate, give them accurate information.”

Those who choose to sign up are able to select the areas of interest they'd like to hear about most, such as transportation, health, environment, and education, and will receive emails specific to those interests and their location. There are no barriers restricting access to non-residents, meaning anyone can join the list, regardless of whether or not they actually live in the city.

“If we're launching a new program that New Yorkers care about, that can put money in pockets or improve quality of life, I'm going to make sure New Yorkers hear about it directly,” Adams said. He touted his government's performance, but noted that “none of those accomplishments mean anything if New Yorkers don't know about them and aren't using them.”

The Mayor's Office of Innovation and Emerging Markets hyped up the announcement as “yet another example of Mayor Adams embracing the power of technology to make the city work better for New Yorkers,” with chief technology officer Matthew Fraser suggesting it would allow residents to “connect with government services and each other.”