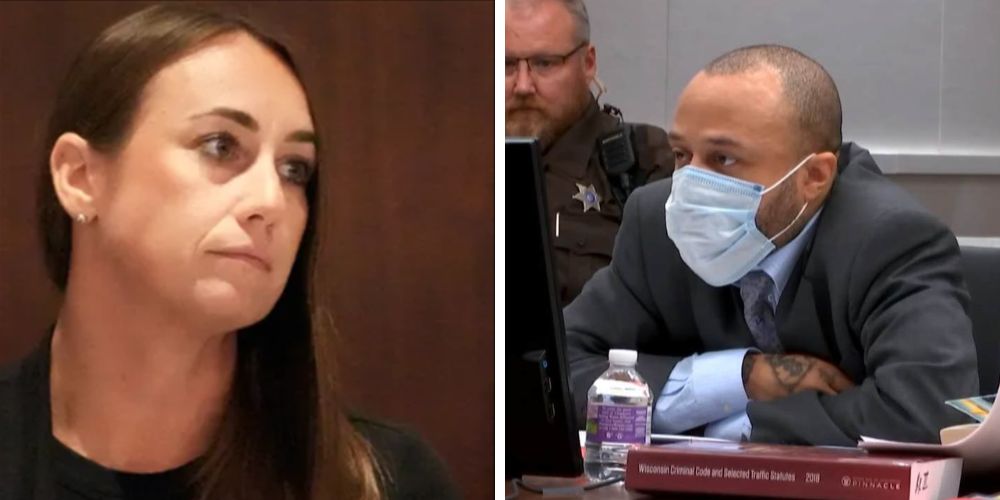 Darrell Brooks, the suspect accused of the Waukesha Christmas Parade massacre, was allowed to cross-examine victims in court on Tuesday and spent the time belittling and re-traumatizing them.

Brooks, who allegedly plowed through the city’s Christmas parade in his Ford Escape last year, killing six people and injuring 62 others, is representing himself during the trial even though he has no legal training.

Brooks began by attempting to downplay the long-term effects of Joshua Kraner’s injuries. Kraner, a baseball coach who was at the Christmas parade with his children when the massacre occurred, testified about the violence as it unfolded and discussed the injuries he sustained which included contusions and bruised bones.

The Judge, Jennifer Dorow, repeatedly sustained objections from the prosecution to Brook’s queries and finally cut him off when he attempted to question Kraner’s recollection of the tragedy.

Dorow said in response to Brooks’ disparaging of Kraner’s testimony, “This witness did not identify you, he testified as of his observations regarding the day in question and his injuries … so the news reports don’t have any bearing on his credibility. The points that you brought up are arguments that you may make if you choose during your closing arguments.”

Brooks, who has been removed from the courtroom several times since the trial began October 3 for his behavior which includes stripping off his clothes, interrupted the judge’s comments on several occasions while attempting to downplay his victims’ testimonies.

Dorow responded to the defendant’s interruption by saying, “Sir, many of your questions get to these sovereign ideas that are frivolous arguments about the plaintiff. I gave you a little bit of leeway, but to ask about [victims making compensation] claims … you might be asking for a different purpose.”

The judge also requested Brooks refrain from arguing with her every time she overruled his objections. “Ignorance of the law is not something you can use as a valid defense. You did this of your own free will, you waived your right to an attorney and the ignorance that you claim is not valid at this point.”

Alyssa Gajewski, a dance coach who was at the parade with her students who were between the ages of six and eight, broke down in tears while watching video footage of Brooks in his SUV plowing into her dancers.

In response, Brooks began muttering comments, to which the prosecution asked the Judge to stop him from doing so.

Gajewski testified that after the collision, she picked up one of the girls from the street, while another began vomiting and seizing. She also recalled visiting a student at Waukesha Memorial Hospital and spoke of “holding her hand and trying to squeeze her hand but she was going in and out of consciousness.”

Kelly Grabow and Jeffrey Rogers who also testified were similarly cross-examined by Brooks. Grabow, her daughter, and three of Rogers’ children were injured in the massacre, according to the Milwaukee Journal Sentinel.

During Wednesday’s proceedings, prosecutors called three consecutive witnesses from families that had been standing by The Steaming Cup coffee shop when the red SUV ripped through the intersection of Main and Clinton streets injuring Brinley Harris, 7, Kelsey Knapp, 3, and Owen Ricciotti, 5 near where four of the Dancing Grannies group were killed.

Matthew Harris, Brinley’s father testified that he saw the vehicle “clip” the corner where the children were standing.

Harris stated, “I remember screaming ‘Get back,'” and that the SUV had run over one of his daughter’s feet.

Heather Ricciotti testified her son was struck by the SUV, later requiring six stitches for a gash over his right eyebrow.

Daniel Knapp testified that he was standing with his three children when he heard screaming coming from further east on Main Street. He then said he saw the red SUV approaching as it drove past another vehicle towing a float.

The vehicle struck his youngest daughter, who was standing near the curb.

Knapp said, “My daughter flew approximately 15 feet” after being hit, and that his daughter’s face was covered in blood, with a look “of complete fear and misunderstanding,” as he picked her up and ran toward his car.

He added that he drove her to ProHealth Waukesha Memorial Hospital and that her injuries required facial surgery.

Knapp testified that he “locked eyes” with the SUV’s driver and identified the driver as Brooks.

Tornado warnings in Waukesha County caused an early end to the day of testimony at approximately 1:15 pm. The trial is scheduled to resume Thursday.