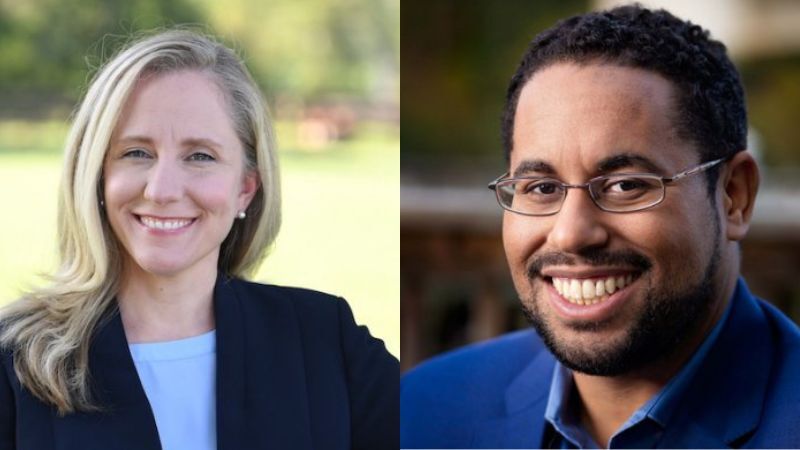 A campaign surrogate of Democrat Virginia Rep. Abigail Spanberger said authorities should look into taking children from parents who do not affirm their child’s gender identity, reports the Daily Caller.

The statements were made at a school board meeting in Prince William County (PWC), Virginia, when an individual questioned Democrat PWC Supervisor Kenny Boddye about a recent announcement by the group Pride Liberation Project about wanting to establish “affirming households.” The questioner filmed the exchange.

Boddye was asked: “Recently announced by the group [Pride Liberation Project] was that they were establishing, forgive me for one moment, it was the, affirming households is what they were establishing. That adults could take in kids that feel like that they’re not being affirmed at home so that they can come live and reside with that adult. What are your thoughts on that policy?”

“I think that’s something that would have to be very carefully looked at. Because while it’s one thing if it’s a family friend, or you know, a family member or something like that, that knows the household knows there’s issues there, that’s known to the kids themselves and the parents, that’s one thing. But if you’re talking to someone who’s out, an outsider, someone who’s not a known entity to that, to that, that individual or that child or that family, I think you need to be careful with that,” Boddye responded.

Obviously, we have other systems in place for other types of care for children, you know, foster care, you have adoption programs, you have temporary situations with kinship care, and things like that,” he continued. “So I would like to see if there’s going to be a policy like that a lot of the guardrails put in place with like, with those programs, so that if it is deemed like, hey, this is a safe environment for this child, that person has passed a background check and everything else to know that they’re safe and their home has been checked [unintelligible], that’s one thing, but we wouldn’t need those kind of guardrails in place, before I would support something like that.”

The surrogate for Spanberger, who is a candidate in one of the most competitive swing district races in the country, was then asked if he thought it was warranted to remove a child from a household if the parents were not affirming their child’s gender identity. In his response, he appears to liken a parent using the name they lovingly chose for their own child to being “downright abusive.”

“That’s a good question. And I think that there’s a gradient there,” he responded. “It’s obviously best when parents are affirming their kids. That’s what I believe in. I affirm my kids every single day. But there’s a big gradient between affirming your kids, not affirming your kids and being downright abusive and unwelcoming and intolerant and deadnaming your kid and what have you. I think that, like in any situation, there needs to be due diligence of what’s going on in the home. I would love it if every parent affirmed their kid, but I think there’s a difference between affirming their kid, and neglect and abuse. If neglect and abuse and you know, emotional abuse is happening as a result of that lack of affirming, then there’s a situation that I think really needs to be looked into.”

The questioner was referring to an initiative set up by the Pride Liberation Project to help gender-confused young people escape their non-affirming families to then be rehomed with new “queer-friendly” guardians, according to The Daily Wire.

In September, the group also staged a walkout in which 12,000 high school students protested a draft policy saying schools must not keep a child’s gender identity a secret from parents and must only use a new name and pronouns after receiving written permission from the child’s parents.

According to the Daily Wire, the lead on this project was Aaryan Rawal, a college student who worked for a Virginia Democrat state lawmaker.

David Gordon, head of the Virginia Project, which tracks ideology in schools, told The Daily Wire he believes helping confused children leave their families is dangerous.

“It is irresponsible and reckless to the extreme to be doing this with other people’s kids,” Gordon said. “The way this operation works is nearly identical to sex trafficking.”