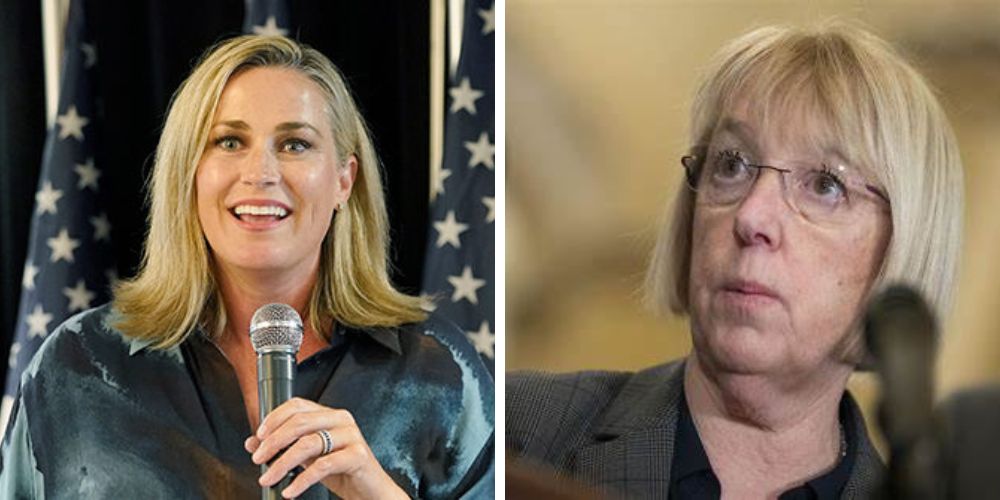 In response to a question about gun violence during the Washington Senate Debate on Sunday night, Democratic Senator Patty Murray who in June of 2020 argued for funds to be “redirected” away from the police, touted a study by the CDC as well as gun control as a solution to gun violence.

During the hour-long debate, Murray was put on the defensive by her Republican opponent Tiffany Smiley, who slammed the 30-year-incumbent senator's record on crime amid a surge in crime across the US. Smiley placed the blame for the spike in crime on Murray and her fellow Democrats, and pledged that police departments will receive the funding they need, repeat offenders will be prosecuted, and promised to secure the border in order to combat crime and drugs.

In their only scheduled debate before the Nov. 8 election televised from Gonzaga University in Spokane, Washington, Smiley said, “We have a crime crisis in Washington state… crime is on the rise everywhere. My opponent, Senator Murray… she went on the Senate floor and she called for funds to be diverted from our police force. And then she disappeared and she went into hiding.”

“Our cities are being destroyed by crime, our police are not being supported,” Smiley continued. “In addition to the crime, we have fentanyl all over our streets… we’re allowing a humanitarian crisis to unfold right before our eyes, we’re allowing people to poison themselves to death, and we do nothing.”

Murray, who is seeking a sixth term, was asked by the moderator if she would “support further steps at the federal level, such as reinstating an assault weapons ban, restricting magazine capacity, or limiting ghost guns?”

“The answer to that is absolutely yes,” Murry responded. “No one should have to worry about walking in their neighborhood or sending their kid to a school or going to a movie theater or to the mall about gun violence. We need to do everything we can to address the issue of gun violence.”

“One thing I am working on is that we have never done any research on the issue of gun violence and what causes that.”

She boasted, “Last year I got money for the CDC to do research on what is causing gun violence. And when we have that research, we will better know what steps we can take at the federal level to reduce the issue of gun violence.”

Murray not only advocated for redirecting money away from police departments during the riots that rocked the greater Seattle area during the summer of 2020 but also did not lift a finger to shut down the deadly “Capitol Hill Autonomous Zone” where armed BLM and Antifa rioters seized control of six blocks of the city. The so-called “warlord” of the autonomous zone was seen on video handing AR-15s out of the back of his Tesla to anyone who would stand a post. He was never arrested or charged for that incident.

Smiley responded, “Yes. We have a crime issue. We need to ensure that we protect our Second Amendment rights for law-abiding citizens, and that we keep weapons out of the hands of criminals.”

“Crime is out of control,” Smiley added. “Senator Murray, you are to blame and anyone can go to her record… 30 years in the Senate, and this is where we are. And it's not just guns, Senator Murray. There are families who are worried about people on the streets swinging bats. Students at the University of Washington, they had to wait for someone to stop swinging a machete around before they can come out of their class.”

“A woman was violently assaulted just walking to lunch in downtown Seattle,” Smiley continued. “And she looked around and she said, ‘What do I do?' And someone said, ‘Don't call the cops cuz nothing will happen.' So, it's clear that we have a lot of work to do.”

During the hour-long debate, the candidates also sparred over abortion, inflation, and energy.

Recent polling has shown Smiley closing the gap on Murray, who has declined to accept additional debates. However, the two candidates will meet again next Sunday at a town hall-style forum in Seattle.