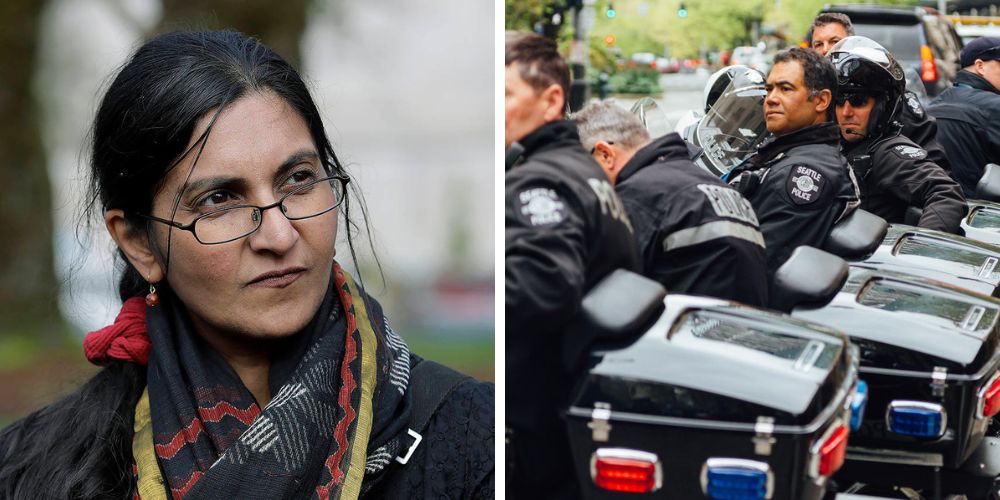 Kshama Sawant, the Seattle City Council member who led the charge to defund the police department is now requesting police to protect her home in response to repeated scatological vandalism.

Sources told The Post Millennial that over the past month someone has been throwing human feces at the Marxist councilmember’s home. According to the source, the Seattle Police Department responded and took a report, and the councilmember is now requesting a “permanent patrol presence monitoring her place from 5 pm -10 pm every day.”

This is not the first time the radical councilmember has asked for police protection. In December 2020 following the riots that rocked the city in the wake of the death of George Floyd, Sawant demanded police protection in response to threats. However, it was later revealed that Sawant had used the threats for publicity before contacting the Seattle police.

Sawant was one of the most vocal members of the defund the police movement in Seattle which led to hundreds of officers leaving the force. Following the defunding movement, crime skyrocketed, and the city is on track to beat last year’s record-high number of homicides. Rapes and assaults have also spiked. 911 response times have steadily climbed and many residents reported being placed on hold.

During the 2020 riots, Sawant used her key to let protestors into Seattle City Hall after hours so that the mob could occupy the building which was also closed to the public due to the pandemic.

Sawant also led a group of rioters during the deadly Capitol Hill Autonomous Zone in the councilmember's district to the home of then-Mayor Jenny Durkan, the location of which was protected under confidentiality laws from her time as a US attorney. The rioters vandalized the house during the stunt.

In addition to Sawant supporting the deadly occupation of six blocks of Seattle, her staff set up tents inside the zone to collect signatures for a ballot initiative.