Disney's fans have had enough of the company that continuously embraces depraved culture. Consumers are increasingly reporting that Disney's theme park has “lost its magic” due to recent price hikes.

Disney's egregious shift towards woke politics can't help either. Take for example their recent evil depiction of Satanic ideology on their new show “Little Demon,” which features a small demonic-looking girl. Or, consider the recent arrests of Disneyworld “Cast Members” related to child sex stings in the past few weeks. They continuously support Leftist propaganda.

At the same time the company is pushing woke propaganda, it has been increasing ticket prices. Now, even the most staunch Disney fanatics are abandoning their plans to visit. Apparently, Disney's “magic” isn't worth the price gouging.

This isn't the first time consumers have complained about Disney demanding a small fortune in exchange for some pixie dust. In February of this year, a Twitter user said, “Why does it cost more to go to Disney World than Hawaii?”

As a matter of fact, she's not wrong with that estimate. The Champion Traveler gave a ballpark price of $2,023 for a solo traveler to go on a seven-day trip to Hawaii. At the same time, the same travel site listed Disney World's seven-day expenses to amount to $2,188 for one person alone.

So it would make sense that most fiscally responsible vacation-seekers would begin trading their mouse ears for Hawaiian lei's.

On top of this, Disney's woke propaganda has become a kind of running joke, particularly amongst conservatives. In May of this year, the Babylon Bee published an article (satirically) headlined: Disney Unveils Exciting New ‘Sodom And Gomorrah' Attraction 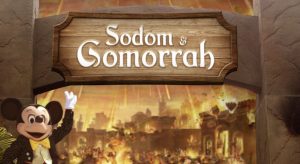 It seems Disney's woke propaganda and absurd pricing is catching up with them.