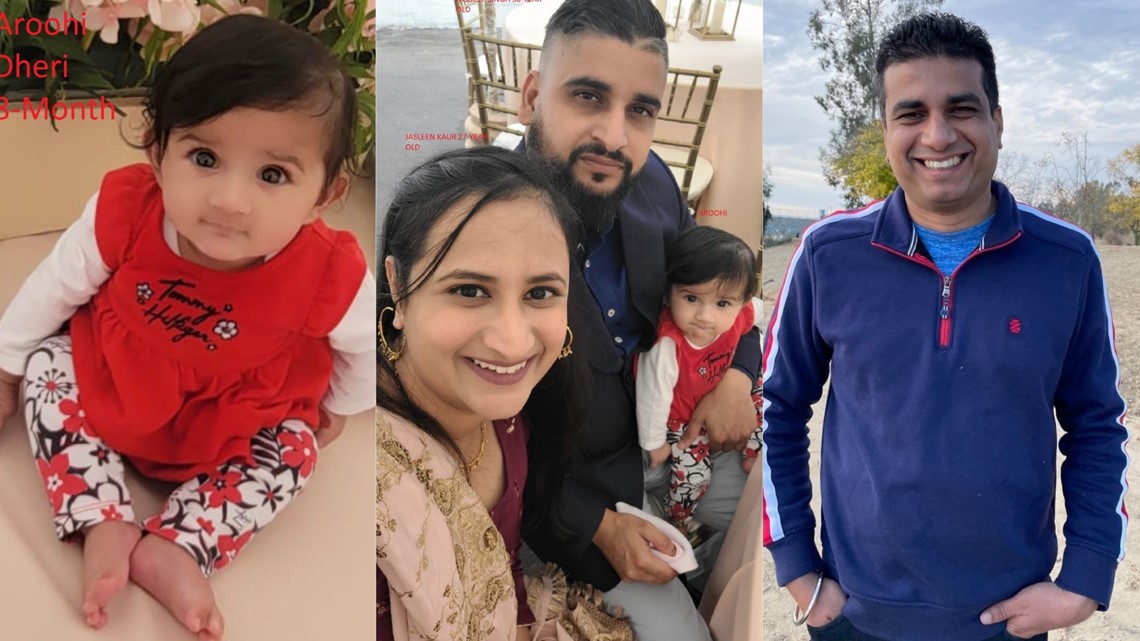 A California family that was missing since Monday was found dead Wednesday, including an 8-month-old, confirming the “worst fears” of the Merced County Sheriff’s Office.

The bodies of 8-month-old Aroohi Dheri, her parents – Jasleen Kaur, 27, and Jasdeep Singh, 36 – and her uncle, Amandeep Singh, 39, were found in an orchard after the family was abducted at gunpoint from their newly-opened trucking business in Merced County, reported ABC10.

According to the Merced County Sheriff’s Office, deputies were dispatched to the business on South Highway 59 on Monday afternoon after being notified of the victims’ disappearance.

“They have a trucking company. It’s called Unison Trucking, and they made a new truck yard with an office and they barely started this Monday,” said Deep Singh, a family member on Tuesday. “Yesterday, when they started working, it was only six days [since] they started business at this place.”

“Yesterday, like hearing what happened, that’s like an American nightmare. It’s the opposite of what any American would want,” said Sukh Bhela, a cousin of the Singh men, who are originally from India.

“For the suspect, what he did was cowardly,” Bhela added. “There’s no honor in taking a seven- to 8-month-old, right? It’s a little baby. For any American out there, think about your own family.”

On Tuesday, the sheriff’s office announced Jesus Manuel Salgado, 48, was taken into custody in severe condition from a suicide attempt. The stolen truck was also found on fire outside of Merced.

Salgado was located after he used one of the victim’s credit cards at an ATM in Atwater, less than 10 miles from Merced, reported Fox News.

“On October 4, 2022, in the morning hours, Merced County Sheriff Detectives received information that one of the victim’s ATM cards was used at an ATM located at a bank in the City of Atwater. Investigators obtained the surveillance photo of a subject making a bank transaction where the person is similar in appearance to the surveillance photo from the original kidnapping scene,” the MCSO said in a statement.

Salgado’s relatives reported the suspect to the authorities when he reportedly admitted to them that he was involved with the kidnapping.

On Wednesday morning, authorities released surveillance footage from Unison Trucking, showing a man kidnapping the baby, along with her parents and uncle.

The video shows the suspect leading the two men with their hands zip-tied behind their backs out of the business trailer and into the back of Amandeep Singh’s pickup truck.

The suspect also forced the mother and child into the truck, then drove away.

Later on Wednesday, Sheriff Vern Warnke said deputies were dispatched to an orchard, responding to a call from a farm worker who reportedly found four bodies around 5:30 pm.

According to Warnke, the family was confirmed to have been found deceased in the orchard near Indiana and Hutchinson Roads, ABC30 reported.

“Tonight our worst fears have been confirmed. We found the four people from the kidnapping and they are, in fact, deceased,” Warnke said to a group of reporters Wednesday night.

“There are no words right now to describe the anger I feel and the senselessness of this incident,” the sheriff added, before saying “There’s a special place in hell for this guy.”

According to Warnke, the suspect made no ransom demands, though the crime is believed to be financially motivated. Surviving family members reported that nothing was stolen from their business, other than the truck.