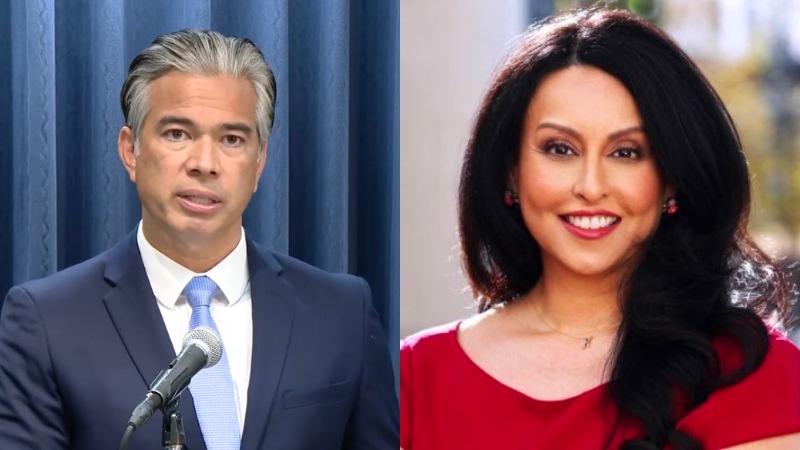 California Attorney General Rob Bonta announced Wednesday that he will be launching a formal investigation into Los Angeles' redistricting process, as three of the city's council members face criticism and calls to resign following the public release of a recorded conversation that included racist remarks.

The Los Angeles City Council on Tuesday introduced a motion calling for the resignation of council leader Nury Martinez, Kevin De León and Gil Cedillo, all Democratic council members, after the recording of hateful comments made during an October 2021 meeting went viral, reported FOX11. Martinez stepped down from her leadership role, but remains on the council. All three council members have been censured.

Bonta announced the impending investigation in a press conference at which he also addressed the state's growing opioid crisis.

While the California's Department of Justice has completed its preliminary review, Bonta said that his office has a solid basis for an investigation, and is working to “gather the facts and take action as necessary.”

“It's clear an investigation is sorely needed to help restore confidence in the redistricting process for the people of LA,” Bonta said to reporters.

According to the attorney general, the investigation could reveal criminal actions of the council members.

“It could lead to criminality if that's where the facts and the law dictate,” Bonta stated. “There's certainly the potential for civil liability based on civil rights and voting rights laws here in the state of California.”

“As a father and human being, I am deeply appalled by the remarks made by some of Los Angeles’ highest-ranking officials,” he continued. “Their comments were unacceptable, offensive, and deeply painful. There is no place for anti-black, antisemitic, anti-indigenous, anti-LGBTQ, or any kind of discriminatory rhetoric in our state, especially in relation to the duties of a public official.”

At this preliminary stage, the investigation will be carried out by the California Department of Justice's Racial Justice Bureau, within the Civil Rights Enforcement Section, into Los Angeles' 2021 redistricting process and subsequent adopted map.

At the meeting, Martinez made racially-charged statements towards the young black son of fellow council member Mike Bonin, who is white. In the recording, Martinez can be heard referring to Bonin's son as “ese changuito,” which is Spanish for “that little monkey.”

Martinez also bashed Bonin for his son's behavior at a Martin Luther King Day parade, saying that the child was being raised as “white” and needed a “beatdown,” which she would happily give.

“They're raising him like a little white kid,” Martinez said. “I was like, ‘this kid needs a beatdown. Let me take him around the corner and then I'll bring him back.'”

In a Sunday statement, Bonin expressed his horror at the statements directed at this family, and called for the removal of the offending parties.

In regards to redistricting, more racist remarks were made by the Democrat officials.

As heard in the recording, the council members expressed their concerns about the city's districts being redrawn last year, which they perceived to benefit black people while disenfranchising Latinos.

The conversation, which was riddled with racist remarks, revealed “a sort of concerted effort to dilute the strength of black voters,” said Councilman Marqueece Harris-Dawson, who is black, to the Los Angeles Times.

At one point in the recording, Martinez says she sees a lot of “little short dark people.” in the Koreatown area of the city. Cedillo then jokes about the height of Oaxacan people, who are indigenous to Mexico. Martinez then says she doesn't know what “village” they come from, and then refers to them as “tan feo.”

At another point, Martinez can be heard saying  “F*ck that guy, he's with the blacks,” in reference to Los Angeles District Attorney George Gascon.

According to Loyola University law professor Jessica Levinson, the council members tried to help certain minorities while diminishing the voting power of others when drawing the district lines.

“We're looking at potentially issues of California's Fair Map Act. We're looking at California's Voting Rights Act and the Federal Voting Rights Act. All of those essentially give procedures for how you can redraw district lines and what you should not do. Some of what we heard is potentially trying to dilute the power of African American voters and this is simply what you can't do when you draw district lines,” she said.

According to FOX11, Martinez, de León, and Cedillo were “key in drawing the district lines that were eventually unanimously adopted.”