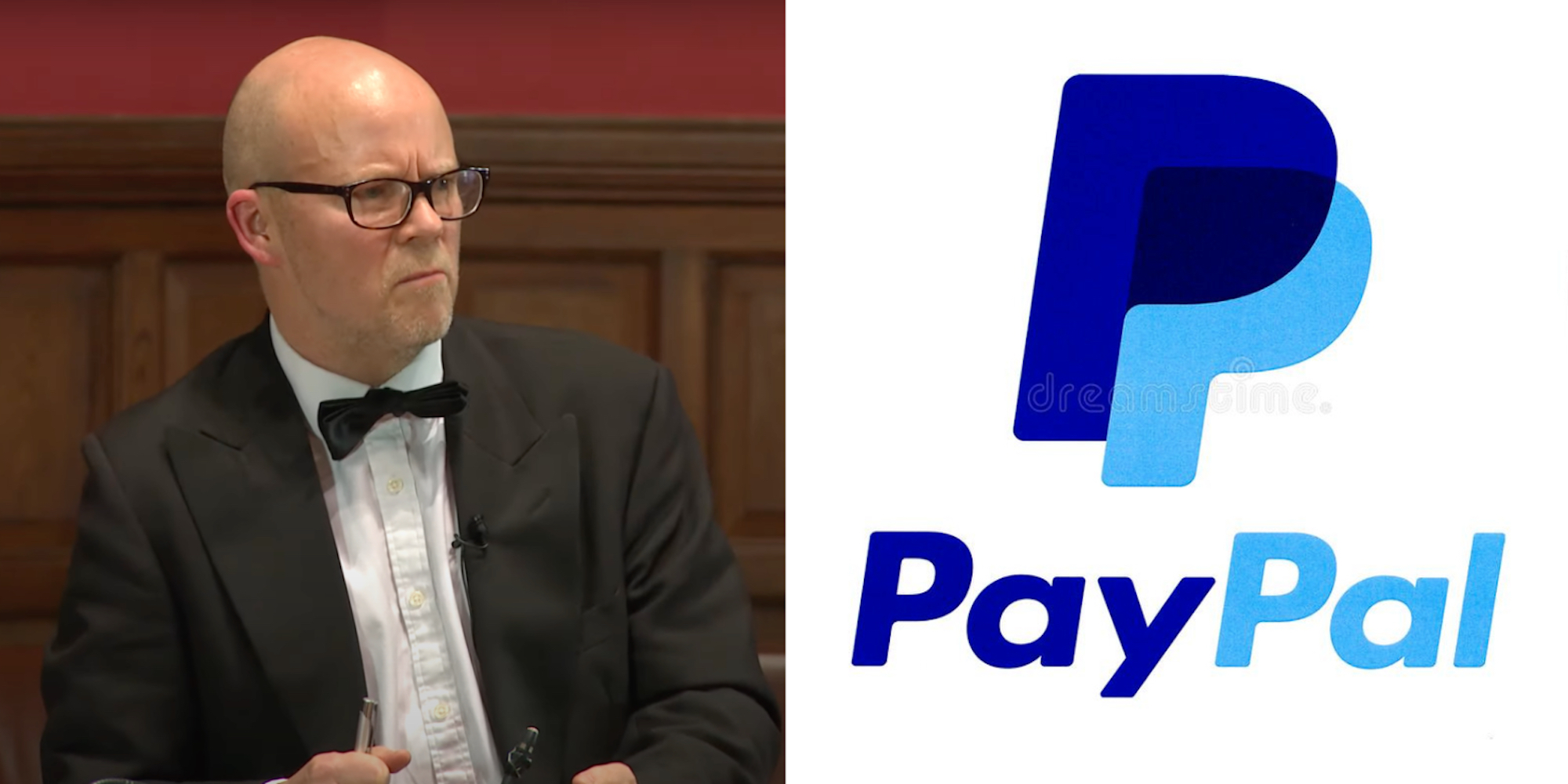 On September 15, free-speech crusader Toby Young was informed by PayPal that his personal account, as well as those of his news site, the Daily Sceptic, and the Free Speech Union were being permanently kicked off the online payment platform for spreading “misinformation.”

Following immense backlash from civilians and politicians, PayPal backed off, reinstating all three accounts. While Young was pleased with the decision, he warned that cases like his are becoming all too common in a world that relies more and more on services such as PayPal.

“Forgive me if I don’t jump for joy,” Young wrote after receiving the news on Wednesday, explaining that by kicking him off their platform, PayPal had essentially made it next to impossible to conduct business as usual.

According to Young, PayPal had originally told him that he had violated its policy regarding the promotion of “hate, violence or racial intolerance,” then changed tune, arguing that he had been “spreading Covid-19 misinformation.”

Aside from periodically defending feminists who espoused biology-based views on gender, Young said he could not recall any specific examples of things published by him, the Daily Sceptic, or the Free Speech Union that could have breached PayPal’s policies.

This caused many to view the bans as nothing more than a political hit-job targeting people and sites deemed “unacceptable” by the platform, including hundreds who shut down their PayPal accounts in solidarity.

Young’s story was eventually picked up by dozens of British MPs and peers from across the political spectrum, who wrote in a letter to Business Secretary Jacob Rees-Mogg calling PayPal’s actions a “politically motivated move to silence critical or dissenting views within the UK.”

They called on Rees-Mogg to augment existing legislation in order to prevent PayPal and other such companies from making decisions based on politics, a quest he has since embarked on with full force.

“Corporations such as PayPal should not take part in cancel culture and push political opinions on the British public,” the Business Secretary said.

Young noted that despite his reinstatement, he will not be using PayPal’s services going forward, but would consider it if the platform brought back others who had been banned for political reasons.