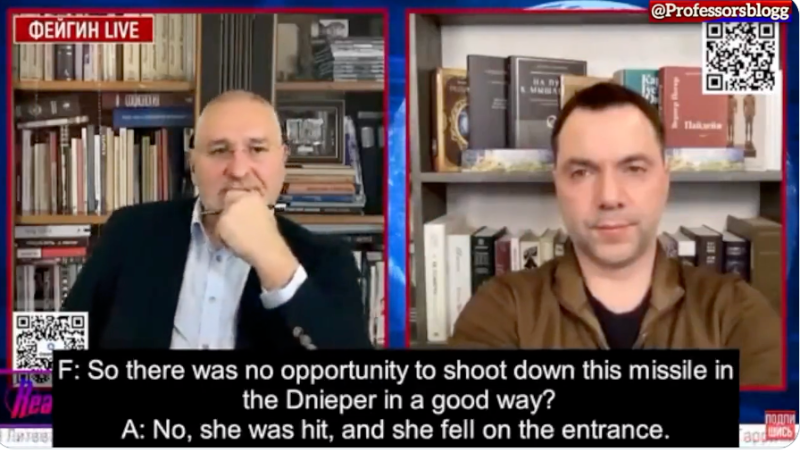 Top advisor to Ukrainian President Volodymyr Zelensky, Oleksiy Arestovych, resigned on Tuesday after having given an interview during which he stated that the cause for the bombing of an apartment building on Saturday was due to a Ukrainian missile diverting a Russian missile intended for a different target.

The bombing of an apartment building in Dnipro on Saturday resulted in many casualties, and rescue operations over the weekend turned into recovery efforts as it became increasingly unlikely that survivors would be found. More than 40 people were killed.

As reports came in over the weekend that Russia had targeted an apartment building in Dnipro, Arestovych gave an interview saying that the missile was shot down by Ukrainian air defense, when it landed and detonated at the building. Those surface-to-air missiles were provided to Ukraine by the United States in November.

In the interview, Arestovych said that essentially there was no way to shoot down the missile “in a good way,” that the Russian missile was hit with a surface-to-air missile, and fell on the entrance to the apartment building, where it detonated.

Russia on Saturday targeted missiles at Ukraine's power grid and infrastructure, and Russia claimed that their targets were only military ones. UK military intelligence stated that the missiles used by Russia were “notoriously inaccurate,” while Russia claimed that a “Ukrainian air-defense missile that went awry” was responsible for the devastation.

The Ukrainian government denies this allegation, but Arestovych also made the same assertion.

Most reporting on the bombing did not mention Arestovych's claim, instead saying that Russia had intentionally dropped a bomb on the occupied civilian apartment building, killing women and children.

On his Facebook page, Arestovych shared an image of his resignation letter. 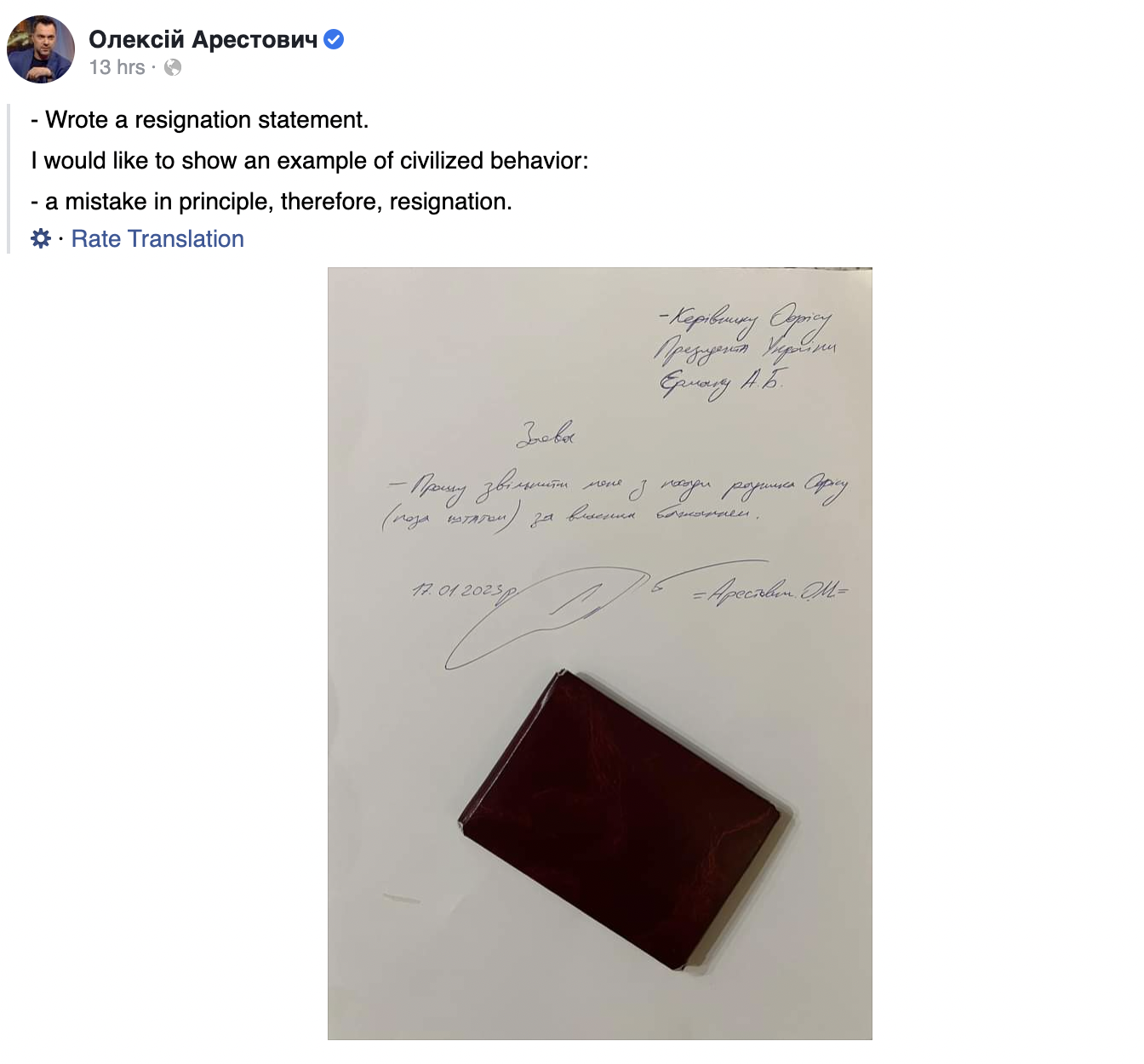