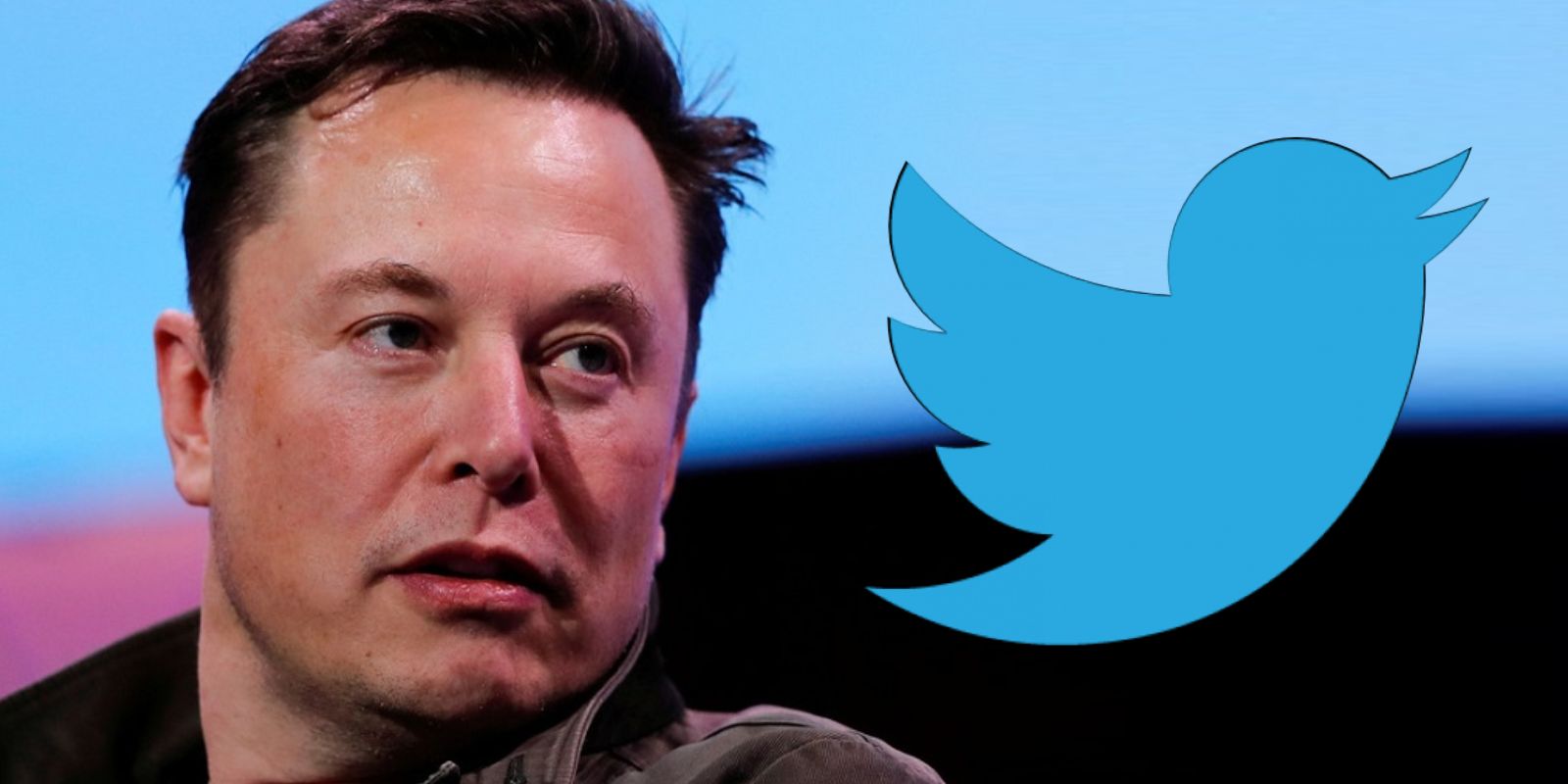 Elon Musk has confirmed his plan to proceed with his $44 billion purchase of Twitter, and thus will avoid trial with the social media giant. A letter confirming Musk's plans to Twitter was released on Tuesday, which says that Musk “intend[s]s to proceed to closing the transaction contemplated by April 25, 2022.”

“On behalf of … the ‘Musk Parties', we write to notify you that the Musk Parties intend to proceed to closing of the transaction contemplated by the April 25, 2022 Merger Agreement, on the terms and subject to the conditions set forth therein and pending receipt of the proceeds of the debt financing contemplated thereby, provided that the Delaware Chancery Court enter an immediate stay of the action, Twitter vs. Musk, et al. (C.A. No. 202-0613-KSJM) (the ‘Action') and adjourn the trial and all other proceedings related thereto pending such closing or further order of the Court,” the letter reads, according to Bloomberg.

“The Musk Parties provide this notice without admission of liability and without waiver of or prejudice to any of their rights, including their right to assert the defenses and counterclaims pending in the Action, including in the event the Action is not stayed, Twitter fails or refuses to comply with its obligations under the April 25, 2022 Merger Agreement or if the transaction contemplated thereby otherwise fails to close,” it concludes. 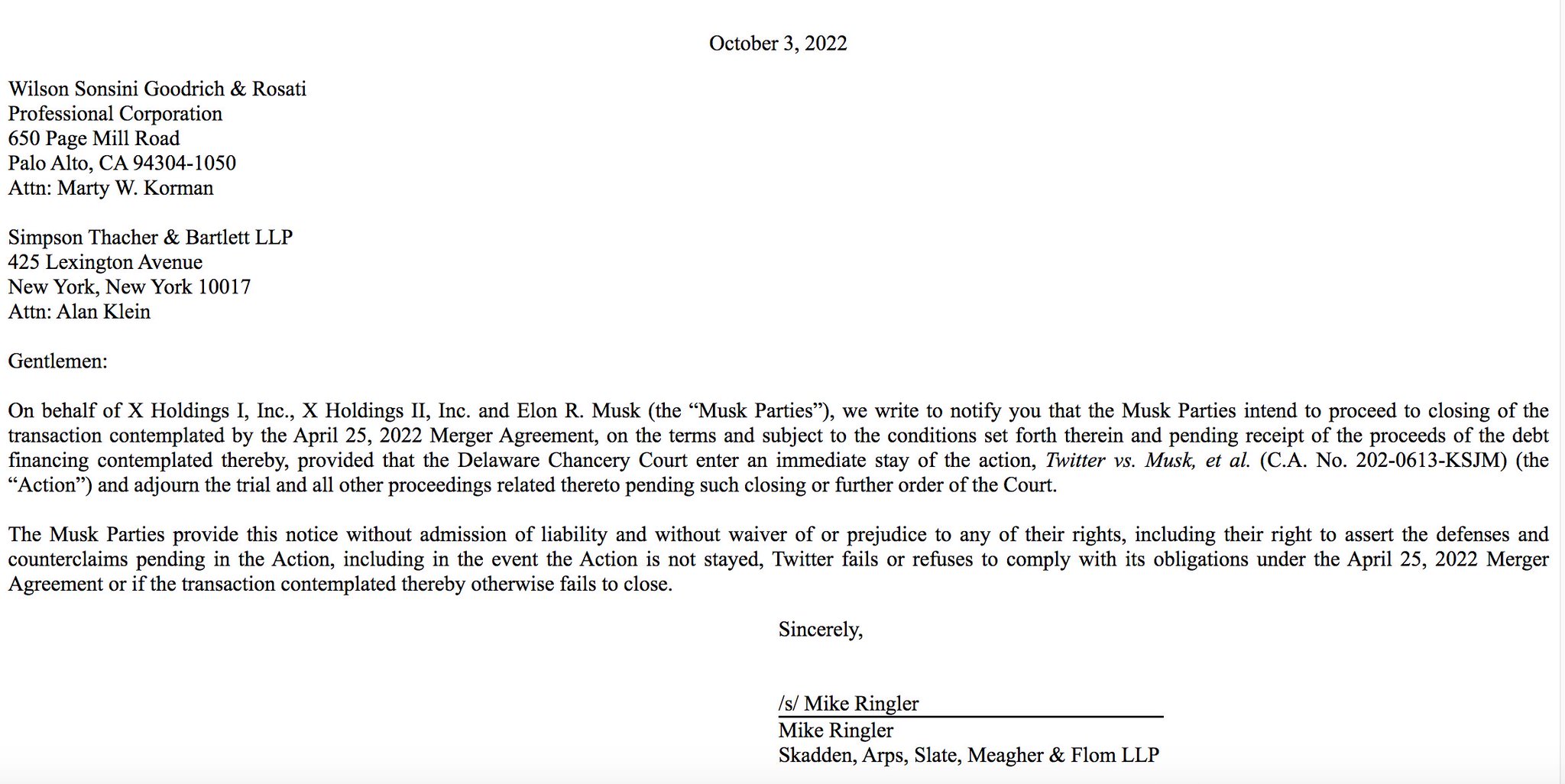 It was reported earlier on Tuesday that Musk would purchase the site for the original offer of $54.20 per share.

In April, Twitter filed a lawsuit against Musk to force him to finalize the deal which he originally agreed to.

In July, Twitter's board announced that they would be suing Musk after he said that he would be terminating his buyout deal with the social media giant. In July, Musk had also reportedly said that he was planning to file a counter-lawsuit against Twitter to avoid being forced to buy the social media company for $44 billion, after expressing doubts that the makeup of Twitter users included less than 5 percent automated accounts.

This is a breaking news article and will be updated.