BREAKING: Stacey Abrams claims 6-week heartbeat is ‘manufactured sound to convince people that men have the right to take control of a woman’s body’ 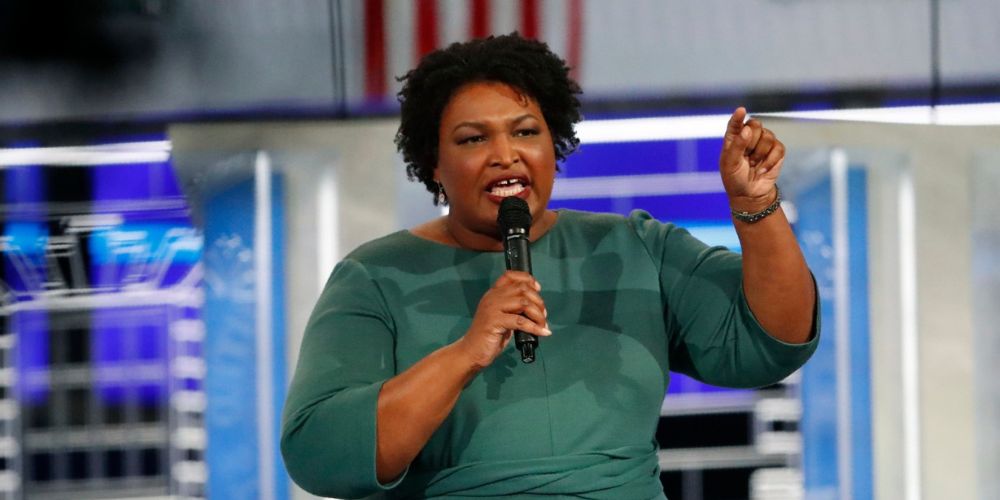 A recently surfaced video on social media shows Stacey Abrams speaking about her views on abortion. The short clip shows Abrams on an auditorium stage with other speakers, when she makes the claim that fetal heartbeats are “manufactured.”

Georgia Democrat gubernatorial candidate Stacey Abrams claimed that “There is no such thing as a heartbeat at six weeks.”

Abrams who previously falsely claimed that she lost the previous race for Georgia governor added, “It is a manufactured sound designed to convince people that men have the right to take control of a woman’s body.”

Abrams also tweeted on Wednesday, “When a woman is forced to carry an unwanted pregnancy to term, they’re 4x more likely to end up in poverty and 60% less likely to stay employed full-time. Outlawing abortion perpetuates the cycle of poverty that disproportionately affects Black + Brown women & harms our economy.”

Earlier this year, Abrams called Georgia’s Heartbeat Law, which prohibits abortion once a heartbeat is detected, “poorly written.” In the state of Georgia, a 6-week abortion ban was enacted soon after the overturn of Roe v. Wade earlier this summer.

Last week during an appearance on “The View,” Abrams revealed her support for abortions “until the time of birth” in some circumstances and called abortion bans “deeply problematic.”

“Do you think there should be any legal limits on abortion, such as the third trimester or viability?,” co-host Alyssa Farah asked the former Democratic state representative during the episode.

“I believe that abortion is a medical decision, not a political decision,” Abrams replied. “Arbitrary politically-defined timelines are deeply problematic because they ignore the reality of medical and physiological issues.”

“Abortion is a medical decision, not a political decision … The limit should not be made by politicians who don’t understand basic biology or apparently basic morality,” she said.

“Under my administration, the law will affirm that abortion care IS medical care,” she tweeted of her policy if she were to win the race against Governor Kemp in their second face-off.  Under Kemp’s 6-week abortion ban, women can be forced to carry a pregnancy to term and doctors are afraid to provide care because they fear losing their license or face up to 10 years of jail time.

Abrams told CNN on Tuesday that she was trying to keep the issue of abortion “front and center in the conversation.”
A recent Quinnipiac poll showed 50 of likely voters supporting Georgia Republican Governor Brian Kemp and 48 percent supporting Abrams.

According to Quinnipiac, 57 percent of likely voters in Georgia said it’s very important a candidate shares their views on abortion and in that group, 63 percent back Abrams and 36 percent support Kemp.

A new Marist poll revealed that 40 percent of registered voters in the state ranked “inflation” as the most important issue this election. Only 16 percent said the same about abortion.