BREAKING: Rishi Sunak is next UK Prime Minister, will not call early election 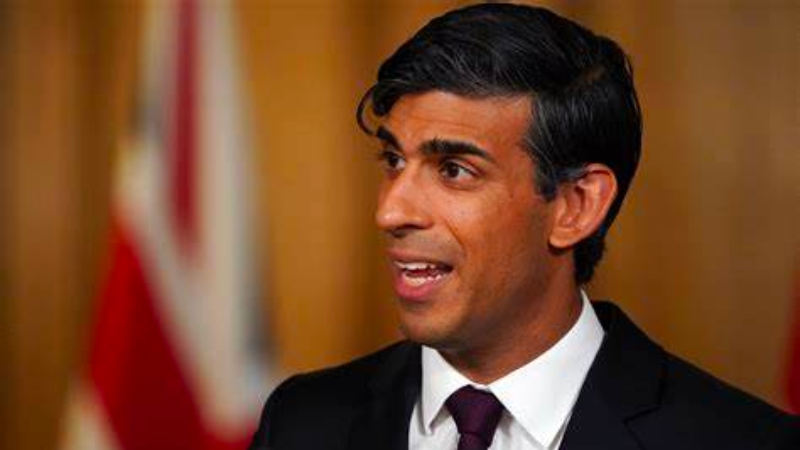 Former Chancellor of the Exchequer Rishi Sunak is set to become the UK's next Prime Minister after Lizz Truss resigned. Truss' resignation makes her the shortest term PM in UK history. Sunak said he will not call an early election, and he does not have to hold one until January 2025. This per MPs who heard his first speech, behind closed doors, after being named PM.

Sunak was a proponent of the idea of vaccine passports during the pandemic, claiming it would be a boost for the economy to allow those who are vaccinated access to society while leaving the rest of the population in lockdown. He wants the UK to be a “global hub” for cryptocurrency, and is moving toward the creation of a digital currency for the UK.

Truss' tax plans caused a run on the British pound and a spike in interest rates, which left her in a resignable position after only 6 weeks at 10 Downing Street. Sunak became the front runner after every other candidate dropped out of leadership contention, Axios reports.

Boris Johnson had considered trying to regain the office, but dropped out on Sunday. House of Commons leader Penny Mordant dropped out as well, as MPs rallied around Sunak. Sunak had been in the front running in August when Truss was the preferred candidate.

Sunak was the architect of Britain's pandemic plans, issuing economic support packages to the public. It was with his effort that Johnson was pushed out of office in July. The pound responded positively to the news of Sunak's imminent advancement.

Human Events' Jack Posobiec predicted that Sunak would grab the PM spot after Truss was pushed out. With his financial background, and having worked for Goldman Sachs prior to entering politics, Sunak is a proponent of centralizing digital currency.

Sunak's impulse toward tracking citizens and pushing for digital currency worries many who are concerned about the possibility that the use of crypto, along with the infrastructure already in place for vaccine passport tracking, could lead to the implementation of a social credit system.

Speaking to Joe Rogan, commentator Maajid Nawaz expressed his concerns about Sunak and the wish to control digital currency from a centralized, government level. The Bank of England, in considering the prospect of digital currency, told MPs to decide if they wanted it to be “programmable,” meaning that someone other than the currency-holder would decide how that citizen would spend their money.

Nawaz broke it down, saying “So, the vaccine passport infrastructure is in place. But now we know that the vaccine doesn't stop infection or transmission. But the Checkpoint Charlie exists everywhere.”

“They bring in digital banking,” Nawaz continued, “central banking, digital currencies. You've got a scenario now that you're checking in and out everywhere you go, using vouchers that are programmed and you can only spend where you're told you can spend them. There's another word for that. That's called the Chinese social credit system.”

“That's what it's called,” he said. “And anyone who watches Black Mirror will know what I'm talking about, as that TV show, right? Yeah. So what they are telling us and let's say they who's the people in power, that's the head of our economy, the Chancellor of the Exchequer, second most powerful person, other than the prime minister, and maybe the foreign secretary in the UK. Right? He's telling us it just played it there for you. He's telling us that's what he has the UK, the head of the G7 want to bring in for the G7.”

Sunak was the Chancellor of the Exchequer.

“So a scenario where like, in New York at the moment, because the passport infrastructure is in place, you bring in that digital currency, and you've got this total control. And if I'm speaking to you the way I'm speaking now, and my employer or government, you heard that in the quote directly here, deems me as saying or doing something inappropriate, suddenly, I can't actually pay to come here and speak to you anymore. My digital currency won't even pay for the ticket, because it will be known that I'm coming to speak to you. ‘Sorry, your vouchers don't allow you to purchase that ticket to go and speak to Joe.'”