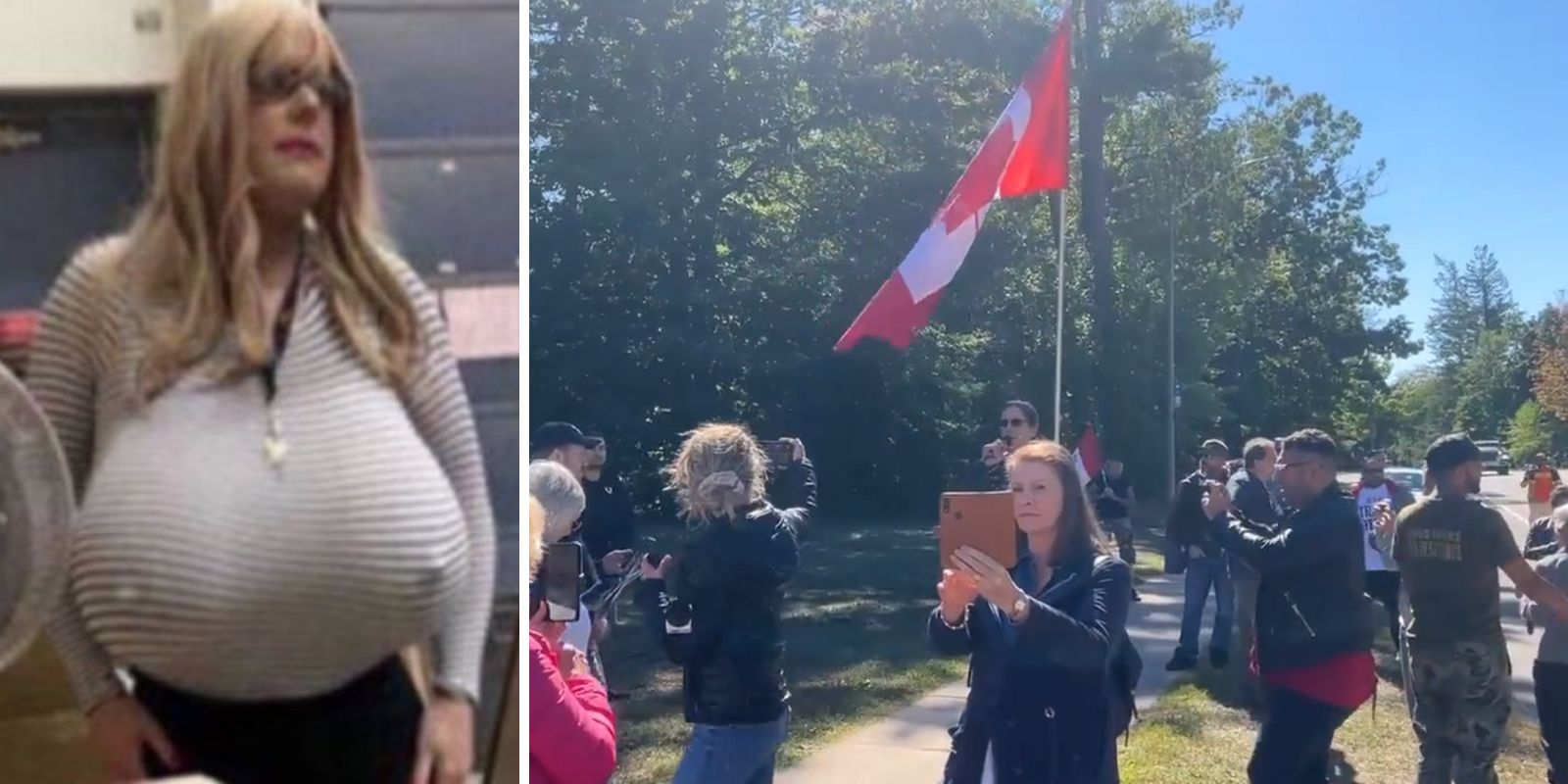 Protests and counterprotests have erupted outside the Oakville, Ontario high school where Kayla Lemieux, a Canadian, biologically male teacher identifying as transgender, went viral after showing up to class wearing giant prosthetic breasts and a wig.

According to Global News, protests are planned on Friday and over the weekend.

The Board of Trustees for the Halton District School Board have stated that they will review the dress code, and say that they are “committed to establishing and maintaining a safe, caring, inclusive, equitable and welcoming learning and working environment for all students and staff,” even going so far as to say they “promote and support a positive learning environment in schools consistent with our values and to ensure a safe and inclusive environment for all students, staff and the community, regardless of their race, age, ability, sex, gender identity, gender expression, sexual orientation, ethnicity, religion, cultural observance, socio-economic circumstances, or body type/size”

In response to the public critique of Lemieux, the school sent a letter to parents and defended the teacher. Chloe Cole posted one except of the defense on Twitter, which read, “We are aware of discussion on social media and in the media regarding Oakville Trafalgar High School. We would like to take this opportunity to reiterate to our community that we are committed to establishing and maintaining a safe, caring, inclusive, equitable and welcoming learning and working environment for all students and staff.”

As reported by Andy Ngo, Antifa-associated accounts are alerting one another about the protest outside the Ontario high school, saying the protest is fascist and transphobic in nature.

Lemieux is a Manufacturing and Technology instructor at Oakville Trafalgar High School in Oakville, Ontario and allegedly began identifying as a woman last year. Lemieux is listed as a tech teacher in the OTHS faculty on their website.

The letter defending Lemieux to parents echoed the language of the policy verbatim.

In a video posted by Andy Ngo, the teacher can be seen demonstrating to the class of high school students how to use a circular saw with the long wig dangling down near the blade.