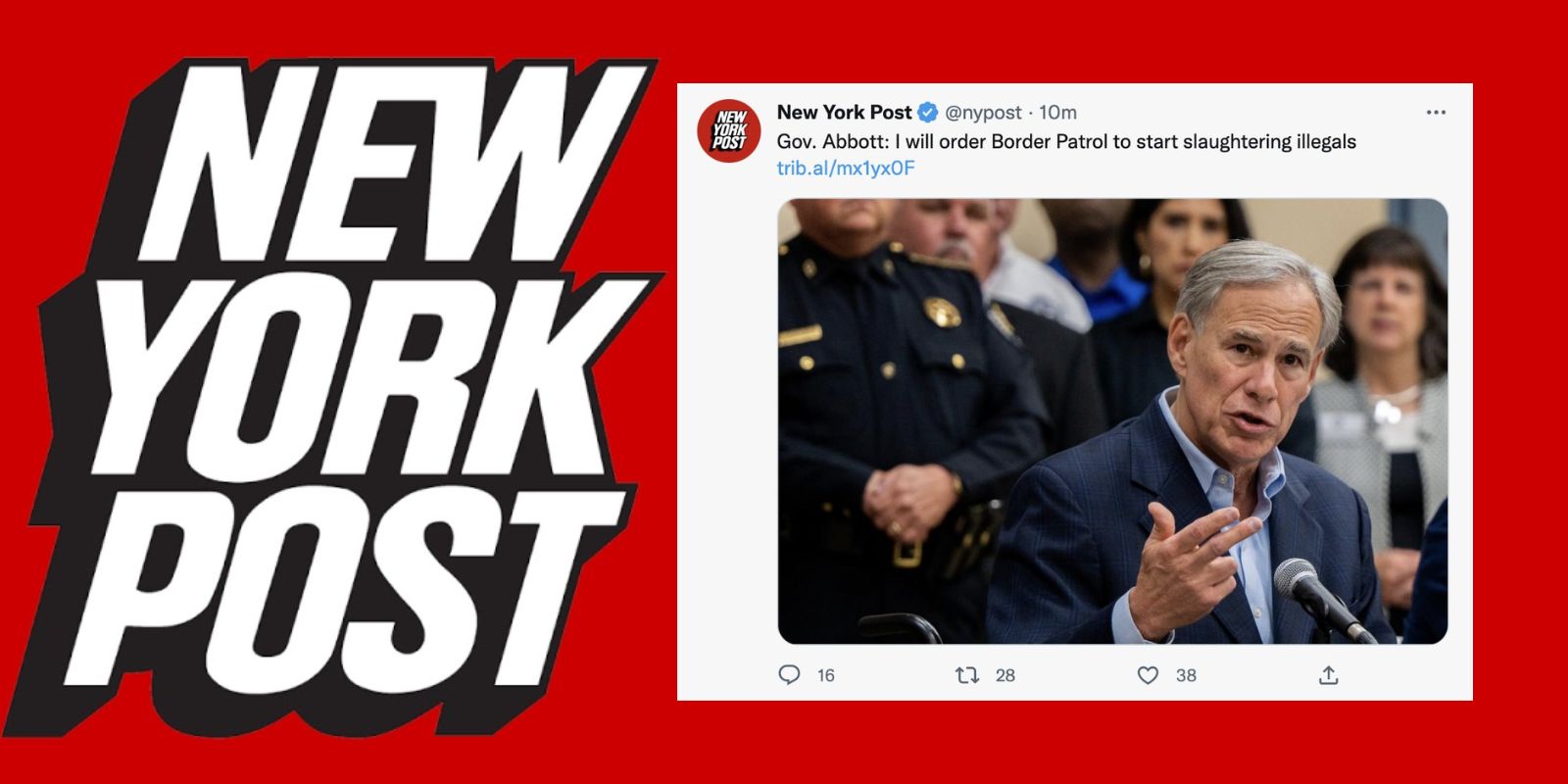 The New York Post‘s Twitter was hacked on Thursday morning, with the culprit tweeting obscene headlines. The paper’s website also appears to have been hacked.

Many of the headlines are racial in nature and call for violence against politicians.

“We must assassinate AOC for America,” “We must assassinate Joe and Hunter Biden,” and “Eric Adams is NYC’s fried chicken eating money” are examples of some of the inappropriate headlines tweeted on Thursday morning. Another story called for the slaughtering of illegals at the southern border.

A statement from the Post simply reads, “The New York Post has been hacked. We are currently investigating the cause.”

The posts have already been deleted from Twitter and its website appears to have been restored to its normal state.