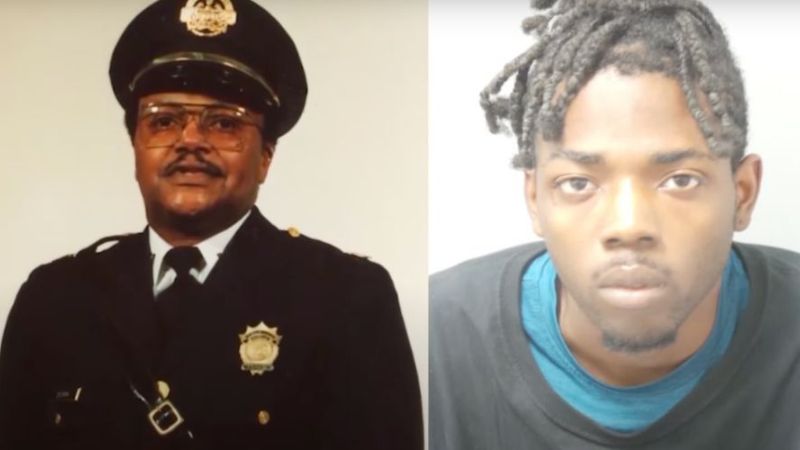 Stephen Cannon, the Missouri man who shot and killed retired St. Louis police captain David Dorn on June 2, 2020 during a Black Lives Matter riot in St. Louis, was sentenced to life in prison on Wednesday without the possibility of parole.

According to local NBC News, Judge Teresa Counts Burke said, “this is the maximum sentence the law allows.” On July 20, 2022, Cannon was found guilty of first-degree murder for the death of Dorn, who was shot while protecting a friend’s pawn shop during a night of rioting and looting.

City jurors also found 26-year old Cannon guilty of first-degree robbery, first-degree burglary, unlawful possession of a firearm, and three additional counts of criminal action. Judge Burke sentenced Cannon with the maximum for each count adding up to an additional 30 years on top of his life sentence.

Dorn’s daughters, Lisa, said that her father was “murdered by the type of young man my father tried to save.” Lisa also asked the judge for the life sentence as a birthday gift for her dad as October 29th is his birthday.

“I hope your eyes are woke,” Dorn’s son Brian Powell said. “You still have time to get everything together and make amends with your maker.”

Powell went on to say, “he [Cannon] has time to try to get his life back on track. He may not never see the light of day, but if he’s inside, he can definitely share with the other young men that may go to prison. Just share something that can turn them on the straight and narrow. So I’m glad justice was served today. It’s just sad. No one wins in this situation. Everybody is hurt. We’re hurt. His family’s hurt. No one wins.”

Dorn’s widow, Ann, who was also a member of the police, said Cannon’s act caused her to retire early from the force but told the murderer, “Today I chose to be a survivor” and  “I cannot live my life as a victim.”

“I’ll never give you a second thought,” she added.

After a string of nights featuring Black Lives Matter-supported rioting and looting of local businesses, 77-year old Dorn, a black man, went out to guard and protect a friend’s North City pawn shop.

Dorn swiftly responded to a burglar alarm at Lee’s Jewelry & Pawn shop at 4123 Martin Luther King Drive and arrived on the scene to see the store being pillaged. Soon after Dorn arrived, Cannon reportedly fled to a street corner and fired 10 shots at Dorn, four of which struck Dorn and ended his life.

Dorn’s widow, Ann, had spoken about her husband’s death at the 2020 Republican National Convention and said, “Violence and destruction are not legitimate forms of protest. They do not safeguard black lives. They only destroy them. This isn’t a video game where you can commit mayhem and then hit reset and bring all of the characters back to life.”

On June 2, 2020 at least four St. Louis police officers were shot and dozens of businesses were looted, ransacked, or destroyed.

Ann Dorn, also a police veteran, spoke of how her husband’s death was broadcast on social media, “As I slept, looters were ransacking the shop. They shot and killed David in cold blood, and then live-streamed his execution and his last moments on Earth. David’s grandson was watching the video on Facebook in real time, not realizing he was watching his own grandfather dying on the sidewalk.”

A man on the Facebook Live stream can be heard yelling at Cannon and saying, “You killed a man over some TVs. That’s somebody’s granddaddy.”

The Facebook live stream was used to help identify Cannon.

Cannon maintained his innocence through sentencing and said, “this ain’t justice.”