BREAKING: Mike Pompeo said Trump running for president will not stop him from also running in 2024 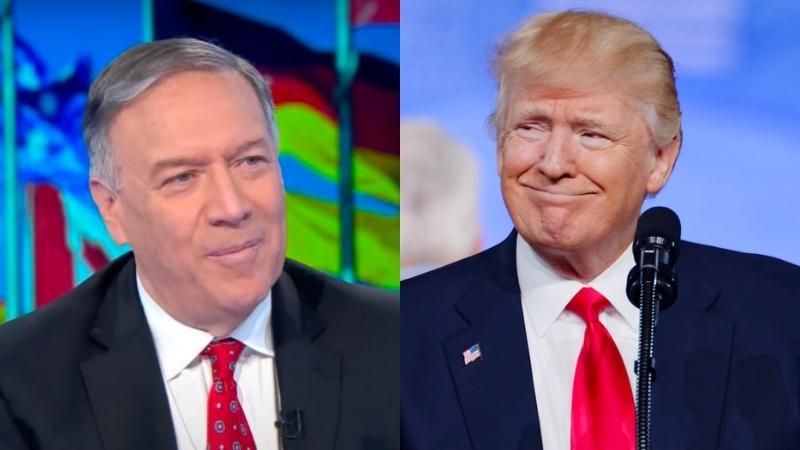 Former Secretary of State Mike Pompeo spoke with CBS News senior investigative correspondent Catherine Herridge on Friday and said he would run for president even if former President Donald Trump were in the race.

“If former President Trump seeks the Republican nomination. Would you stay out of the race?” Herridge asked.

In September, Pompeo said he was planning to run for president in 2024 while speaking to a crowd in Chicago.

“To make such an audacious decision to run for president is, for someone like me, that's a very serious thing and when asked to conclude that they are best suited to lead this nation forward, and if we conclude we are there, it's the right time and it's the right thing for me to do. We'll run,” Pompeo told Herridge.

The former Trump official said he would announce, “somewhere after the first of the year; first caucus isn't until the beginning of 24. But sometime in the spring of next year”

He promised to “stay in this fight” even if he doesn't run.

Pompeo said he stays in touch with Trump but has no idea if the former president intends to run again.

“I don't have any idea what decision he'll make. Nor do I have any idea what his timeline is. He'll do his calculus. He'll make his decision. The one that he thinks is right for himself and for the country. I'll make mine and then many others will make their decision too,” he said.

Pompeo did say that he would vote for Trump in 2024 if he were the Republican nominee with “no hesitation.”

He then said, “the Democrat Party has, as you can see, over these 20 months has led this country in a deeply troubling direction. And I don't want that for my kids.”

Pompeo said that urgency was pushing him to run and it didn't matter who the Democrats might nominate.

Talking with Herridge, Pompeo also said he was confident he could raise money in the same league as President Trump and the Florida Governor Ron DeSantis and that Trump should comply with the January 6 committee subpoena.