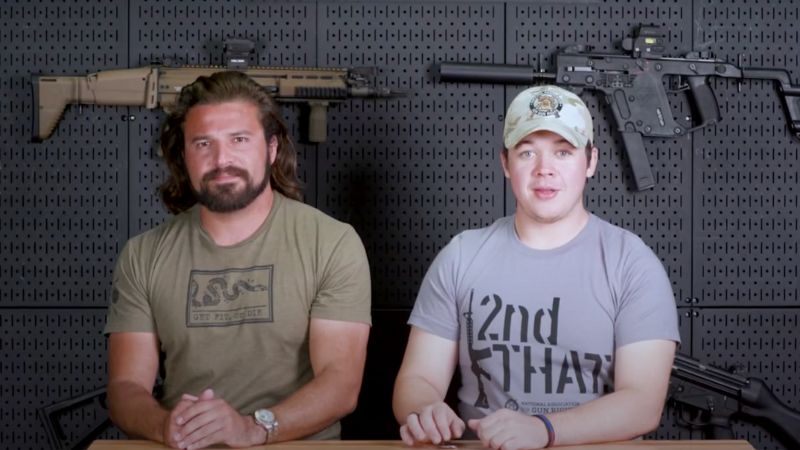 Kyle Rittenhouse announced on Sunday his own YouTube channel that will be dedicated to creating content about guns and the 2nd amendment.

Rittenhouse appeared with Brandon Herrera, who also makes online content on guns under the handle TheAKGuyInc, to make the announcement. Rittenhouse said he has “some great content that [he] looks forward to making” for his audience and the announcement video showed clips of him at the range and firing from a helicopter.

In November of 2021 Rittenhouse was found not guilty on all charges related to an incident that saw him use an AR-15 to defend his life during a Black Lives Matter riot.

The trial was to determine whether or not Rittenhouse acted in self-defense when he was, as he and one of the men he shot testified, pursued by a mob of angry rioters bearing weapons.

Rittenhouse has become a frequent target of the far-left media and triggered leftists, who have consistently smeared him with false accusations despite his proven innocence.

Recently, the man who “shot first” that night was charged with 7 felonies.