BREAKING: Katie Hobbs, who won’t debate Kari Lake, says ‘I don’t want to talk politics to anyone I don’t know’ 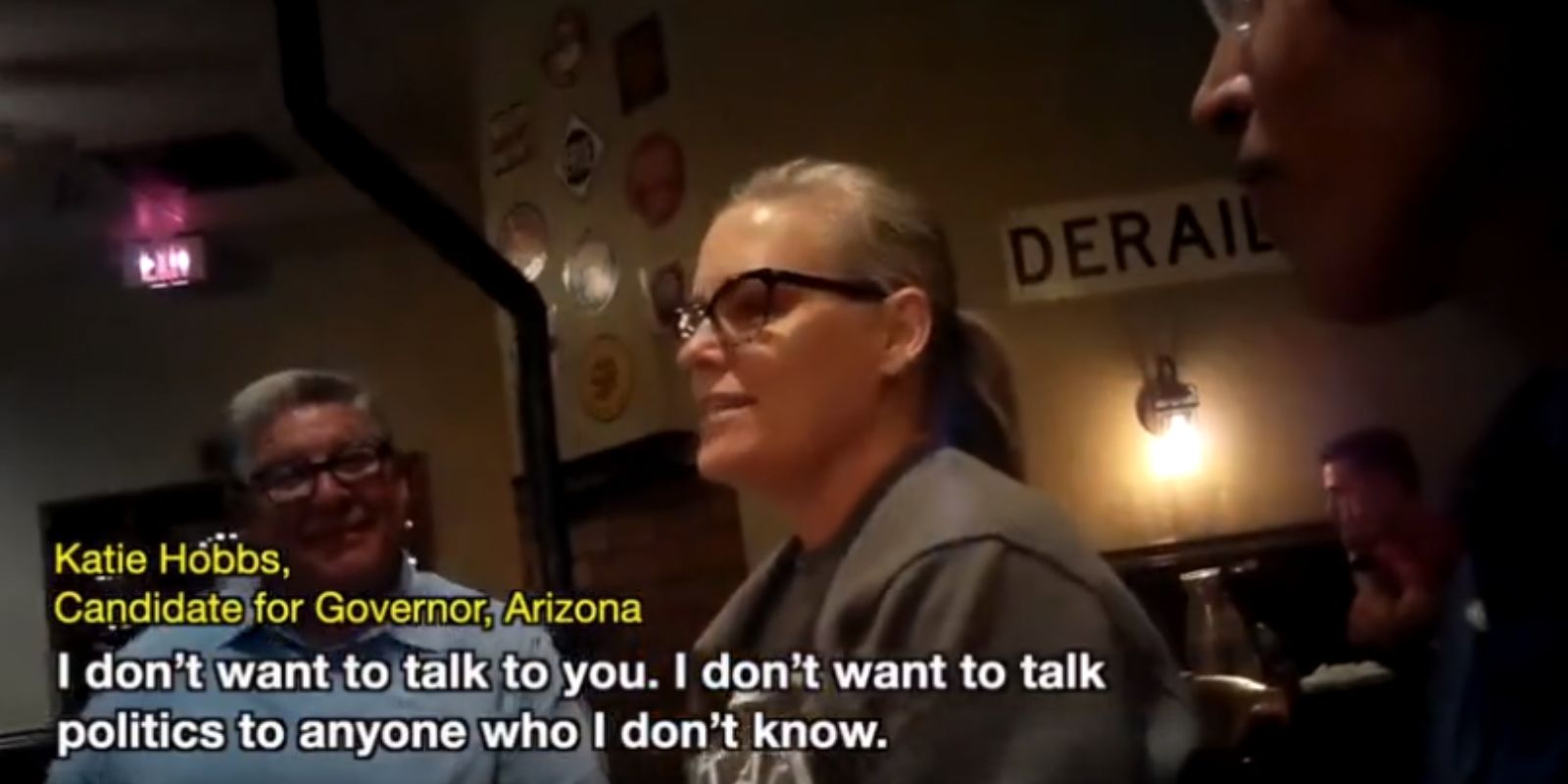 Arizona Democratic gubernatorial candidate Katie Hobbs said that she does not “want to talk politics to anyone” she doesn’t know, new footage released by Project Veritas shows.

The video, released on Tuesday, shows how staffers for Hobbs‘ campaign are attempting to conceal her position on firearms, and that they are trying to protect their candidate from taking to the debate stage against Republican opponent Kari Lake because Democrats will vote for their candidate either way.

Hobbs Campaign’s Head Political Consultant Joe Wolf told the undercover Veritas journalist that it was not worth the political risk for Hobbs to discuss her position on guns.

The Veritas journalist asks, “Would Katie [Hobbs] support something like an assault weapons ban?” to which Wolf says, “If she could, yeah. I mean, the problem is that it’s a federal issue, right?” He later says, “This state is crazy about their guns, so we’re not gonna take the beating for it before she can do anything about it.”

Wolf was later heard in a car saying Hobbs is protected by an AR-15 between campaign stops.

Video of Hobbs’ campaign manager, Nicole DeMont, shows her suggesting that Hobbs wants to avoid talking to Arizonans: “When Clean Elections was like, ‘Here’s the debate format,’ it was exactly the same as the primary. It was like, we’re not gonna put her [Hobbs] in that like she’s not gonna be a part of something like that,” DeMont said.

“Like, if you wanna make a format that actually allows for a substantive policy debate, where you can compare positions, sure we’ll do that…So, they want to see Kari [Lake] create this spectacle. We’re not participating in that…We’re doing a bunch of forums where we can actually hear both sides,” she said.

In another instance, a field organizer named Jasper Adams, who works for Mission for Arizona which is tied to Arizona’s Democrat Party campaigns, went into detail on why Hobbs was avoiding a debate with Kari Lake.

“We have lots of concerns about Katie’s campaign,” Adams said in the video. “She’s not debating Kari Lake.”

When asked why, Adams said, “Between us, when we had a big staff training, her Communications Director came in and — she’s only been in the job for a few weeks, she was not prepared, and she was like, ‘What are the questions you’re getting that you want an answer for from the campaign? Like, what are we hearing from voters and volunteers?’ And the number one thing is, ‘Why aren’t you debating Kari Lake?’ And she did not have an answer, and it’s like, you gotta know that’s the question that’s coming.”

He later said that “only Democratic voters care. So, they’re not going to lose any votes because Democrats are going to vote for her anyway, which is — which maybe is true. But as a politician, you never want to say, ‘Oh, I’m taking these votes for granted’…I do wonder how much — like whether people actually care about this.”

The Hobbs campaign did not respond to a request for comment from Project Veritas.