BREAKING: Kari Lake to appear on CNN’s State of the Union tomorrow 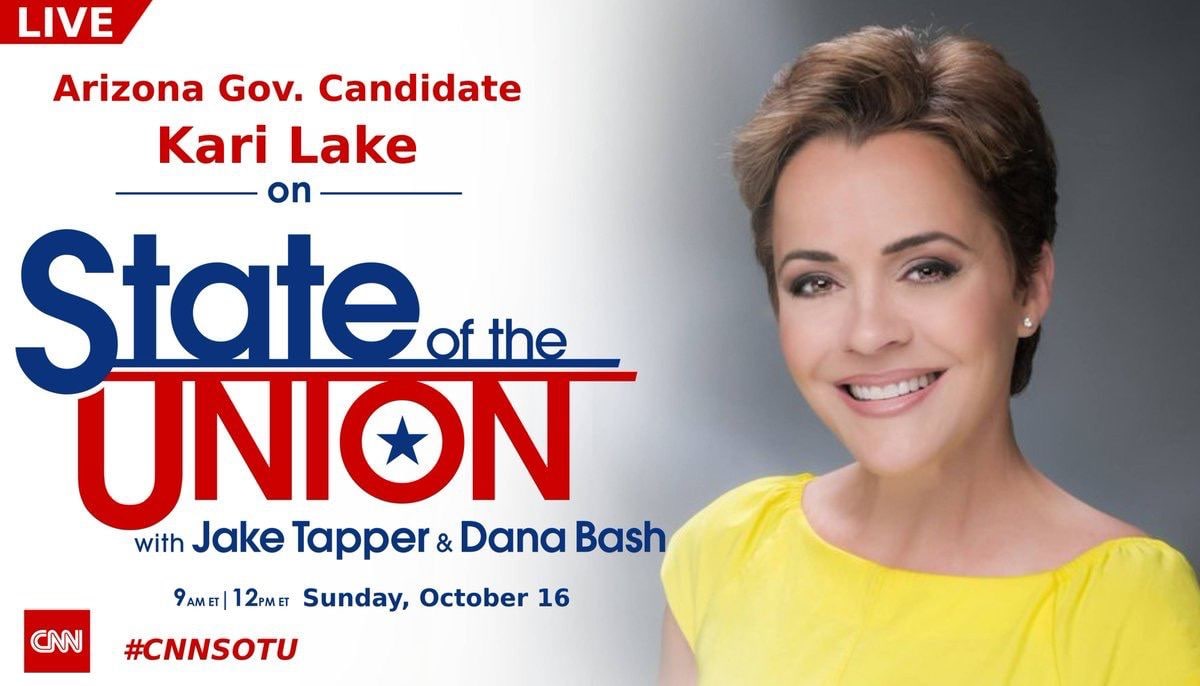 Arizona Republican gubernatorial candidate Kari Lake is set to appear on CNN's State of the Union with Dana Bash and Jake Tapper on Sunday after weeks of establishment media ignoring Lake and her rise in the polls.

Lake, a Trump-endorsed candidate and former local news correspondent, had criticized establishment media in the past for their bias in reporting on her candidacy; they even went so far as to attack her daughter in June.

Last Sunday on State of the Union, CNN's Jake Tapper referred to Kari Lake as an “election denier” and asked Virginia Governor Glenn Youngkin about his support for the Arizona candidate. “The Republican Party has to be a party where we are not shunning people and excluding them,” Youngkin said.

Tapper, the primary host for State of the Union, has attacked Lake, saying in May that “Kari Lake has repeatedly attacked John McCain's legacy. His family says they feel betrayed.”

At CPAC in August, Lake said “This is our moment right now, to prove to our ancestors that their struggles and losses were not done in vain. It is our moment to prove right now how much this country means to us.”

Lake is a parental rights advocate and strong critic of radical gender ideology. She has also constantly raised awareness of the humanitarian catastrophe caused by Biden's border crisis.

Lake was kicked out of the audience at her own gubernatorial race's town hall event last week, during which her Democratic opponent, Katie Hobbs, refused to take the stage with Lake present. After a brief confrontation between Lake, who requested to take the stage alongside her rival, and the event's moderator, the gubernatorial hopeful was forced to leave the auditorium for the forum to begin.