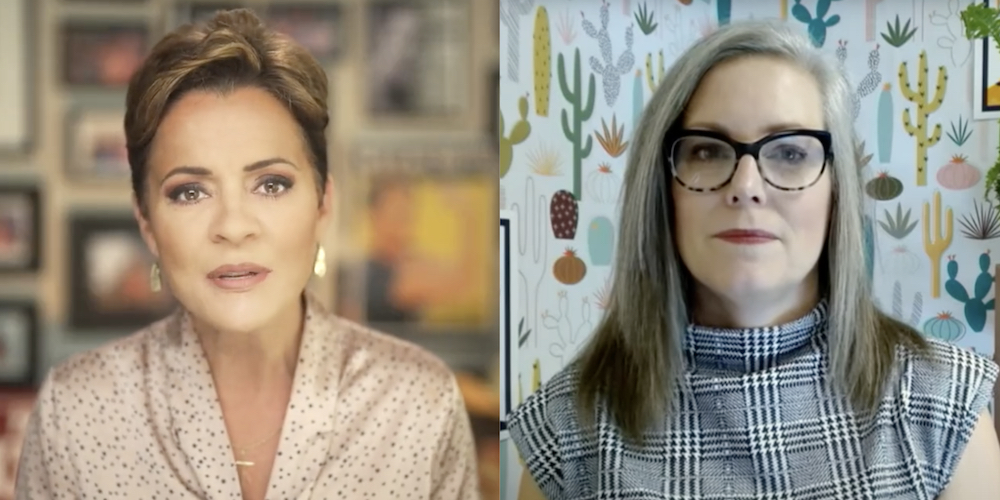 On Tuesday, Arizona Republican gubernatorial candidate Kari Lake revealed that her Democrat counterpart Katie Hobbs fought to eliminate the Pledge of Allegiance, national anthem, and Constitution from being taught in elementary schools across the state.

Lake slammed Hobbs for her voting record, and warned Arizonans of the consequences a Hobbs government would have for their children.

“In Hobbs’ Arizona, your kindergartner wouldn’t learn the Pledge of Allegiance,” Lake began, “but your precious five-year-old would be taught about sex.”

Lake described the Pledge, the anthem, the Constitution, and the Declaration of Independence as “American cornerstones” and “pillars of our great nation,” saying she was shocked that Hobbs fought to keep them out of the classroom.

“Growing up in America it was an absolute no-brainer for you and me to learn these things in school; Hobbs does not want that same education for our children.”

Lake explained that as a legislator, Hobbs had voted to block the aforementioned things, along with the Mayflower Compact, from being taught to the next generation of students.

She noted that at the same time, however, Hobbs sponsored legislation to introduce sex education to kindergarteners.

“What world is she living in?” Lake said of Hobbs, accusing her and other “radical politicians” of destroying the America that many grew up with and cherish.

“As a mother and as your governor,” she said, “I pledge to you that Arizona’s education system will teach our children that America, the land of the free and the home of the brave,” adding that it will be up to parents to give their kids “the talk.”