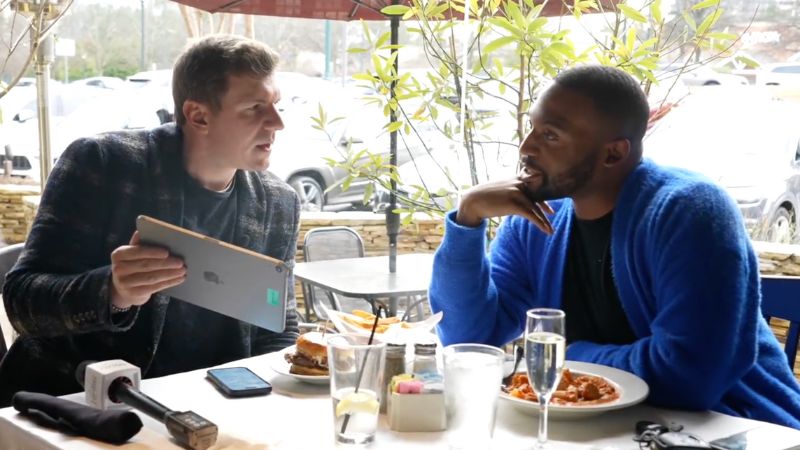 On Thursday, Project Veritas released the third part in their expose of Teaching Lab Director Dr. Quinton Bostic, who had previously been revealed to be selling critical race theory curriculum to schools in Georgia despite the state’s ban on the teaching subject.

In part 3 of the investigation, Project Veritas founder James O’Keefe sat down with Bostic to confront him on the comments he said to the group’s undercover journalist.

O’Keefe said that Bostic was teaching the concept “through the guise of DEI, per your own words,” to which Bostic said, “Yeah, like, for example, one of the tenants of critical race theory is the idea of colorblindness and racism, and so we help students to see color and help them to see the differences in their ethnicities and races and how much these races contributed to society, so for sure.”

Bostic also called his reworking of critical race theory “navigating a social-political climate,” later adding that “the state of Georgia does not have a rule that says that we should not teach students to see color.”

In response to a number of statements made by Bostic, including him saying that Teaching Lab, his employer, is a “scam lab,” Bostic said that he was “taken out of context.”

Bostic claimed, “you have definitely taken me out of context.”

O’Keefe said that Bostic needs to “tell me specifically what I'm omitting from your mouth.”

Bostic said that even if every second of the conversation was published, he would still be “taken out of context,” adding that “you don’t have any background understanding of the work that I do, the why behind my work.”

“I just don't think in society, we should lie about what we do,” replied O’Keefe.

“I don't believe we should deceive at all,” said Bostic.

When pressed about why he was deceiving people about his work, Bostic said “I haven’t done any deceiving.”

In response, O’Keefe played a clip of the journalist’s conversation with Bostic, in which the journalist said, “And it’s amazing how you’ve gotten the schools to purchase the curriculum,” and Bostic replied “And they don’t even know what’s going on.”

Bostic said that the schools may not know “exactly the holistic piece” that goes into the curriculum.