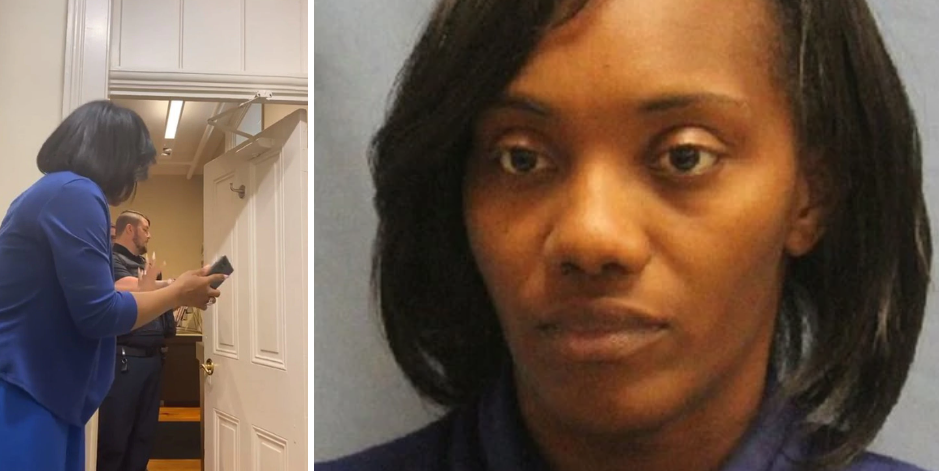 The Democratic candidate for Arkansas auditor was arrested Friday morning on an outstanding warrant.

Arnold-Johnson reportedly recorded video of officers arriving at her door on Facebook Livestream, showing herself opening the door for them. Uniformed Little Rock Police Department officers then arrested Arnold-Johnson, who is running for Arkansas state auditor.

Early voting has been underway since Monday. The election is set to take place on Nov. 8.

The Democratic Party of Arkansas released a statement after Arnold-Johnson's arrest, distancing themselves from their candidate.

“Earlier today, we were made aware that Diamond Arnold-Johnson was arrested by Little Rock Police. Everyone has the right to due process; however, our Party firmly believes people must be held accountable for any criminal behavior, especially candidates for public office,” the party stated. “The Democratic Party of Arkansas did not recruit her to run for Auditor of State, and we cannot bar her from running for this position. We remain focused on working for a better Arkansas and winning races across the state.”