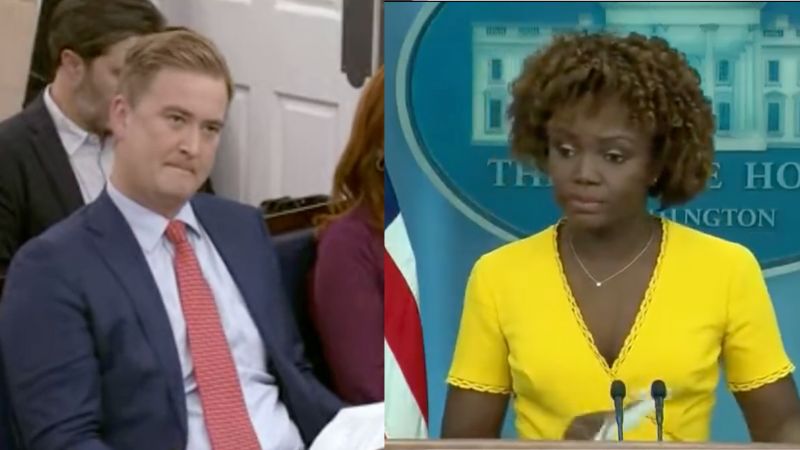 Doocy asked, “Does President Biden think America’s big cities are safe?” to which Jean-Pierre said, “It’s not a yes or no question” and that “crime is complicated and multifaceted.”

Doocy continued to note that “the murder rate is still 30 percent above its 2019 level” and noted robberies and other offenses are up as well. He also references some “high profile” examples of violent crime, including the robbery of Congresswoman Karen Bass’ home and the mugging of a Washington Commanders football player.

After Jean-Pierre said it was not a yes or no question she said that what really matters is the funding. “What matters is that we have the funding and we have done the work, put the policy forward to make sure that the cities whether it’s big or small, have what they need to protect the community and that’s what this President has done,” she said.

Democrat-led metropolises have experienced record high crime levels in the past two years, especially following the “defund the police” movement that began in 2020. As a result many have fled these Blue cities and states, leaving their downtowns barren of human activity, and moved to safer, more affordable locations, most of which are in Republican-led areas.

Peter Doocy also asked Jean-Pierre why Jen Psaki would say crime is a huge vulnerability for Democrats to which she said “I don’t agree with your characterization of what she actually said.”

Psaki said the comments on Sunday’s Meet the Press.

Jean-Pierre then answered Doocy by mentioning the Inflation Reduction Act and Big Pharma.