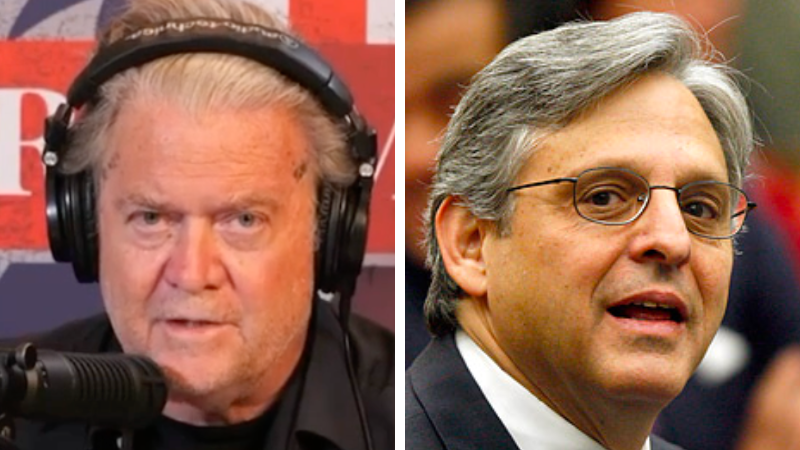 Biden's Department of Justice has recommended a prison term of 6 months for Contempt of Congress, of which he was found guilty of two counts in July. Bannon's contempt charges stem from his refusal to comply with subpoenas from the January 6 committee in Congress, twice.

Bannon would also be slapped with a fine of $200,000 if the DOJ's sentencing recommendations are headed by the judge, per Politico. Bannon plead not guilty to the charges, and sentencing will take place on October 21.

Bannon, who was asked to testify about his knowledge of the Capital riot of January 6, 2021, told the committee that he could not reveal the contents of private communications between himself and former President Donald Trump due to Trump's invocation of executive privilege.

The DOJ balked at that, and a judge sided with them. This after Trump, in July, revoked his executive privilege, clearing the way for Bannon to testify. The DOJ said the contempt charges still stand, and a judge agreed.

The committee had wanted communications between Bannon and Trump, because the two were reportedly in touch during the events on the Capitol which took place on that day.

Bannon has been vocal in his opposition to the trial and the January 6 committee's chair, Bennie Thompson, calling him “gutless” for sending a staff member to testify as the prosecution's first witness.

He further called Thompson an “absolute disgrace.” Thompson had previously said that a defendant's use of the Fifth Amendment is an indicator of guilt.

Thompson said that “Ultimately, Donald Trump, the president of the United States, spurred a mob of domestic enemies to march down the Capitol and subvert American democracy.”

The January 6 committee last week voted to subpoena Trump to testify before that body, to which Trump replied that he “loves the idea.“