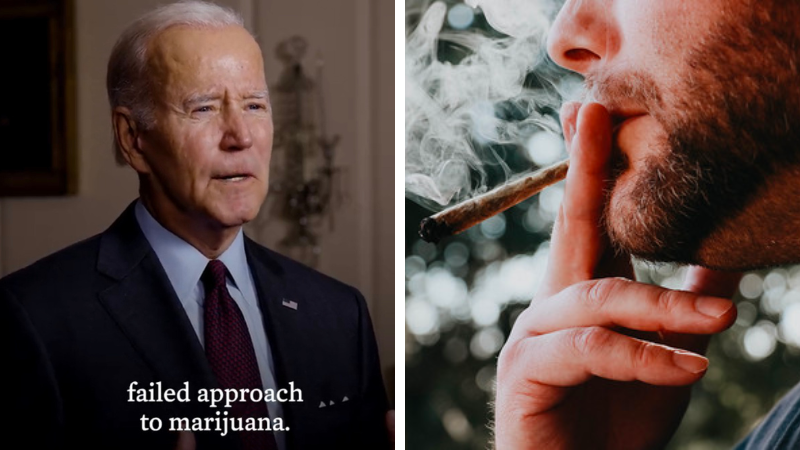 President Biden pardoned all people convicted of marijuana possession under federal law on Thursday, and stated that his administration would look at whether or not the drug should be classed as a schedule 1 drug, along with cocaine and heroin.

These pardons affect nearly 6,500 individuals who were convicted on simple marijuana possession charges between 1992 and 2021. His administration is also pardoning offenders in Washington, DC as well, reports The New York Times.

He made the announcement in a Twitter thread, saying:

“As I’ve said before, no one should be in jail just for using or possessing marijuana. Today, I’m taking steps to end our failed approach. Allow me to lay them out.

“First: I’m pardoning all prior federal offenses of simple marijuana possession. There are thousands of people who were previously convicted of simple possession who may be denied employment, housing, or educational opportunities as a result. My pardon will remove this burden.

“Third: We classify marijuana at the same level as heroin – and more serious than fentanyl. It makes no sense. I’m asking @SecBecerra and the Attorney General to initiate the process of reviewing how marijuana is scheduled under federal law.

“I’d also like to note that as federal and state regulations change, we still need important limitations on trafficking, marketing, and underage sales of marijuana.

“Sending people to jail for possessing marijuana has upended too many lives — for conduct that is legal in many states. That’s before you address the clear racial disparities around prosecution and conviction. Today, we begin to right these wrongs.”

Biden issued a video as well, which explained his position.

Biden walked though the rationale to pardon these offenders, saying that the federal government has had a “failed approach to marijuana,” and asking governors to reconsider their positions as well.