BREAKING: Biden DOJ now ADMITS there were federal informants within the Oathkeepers, to testify at trial 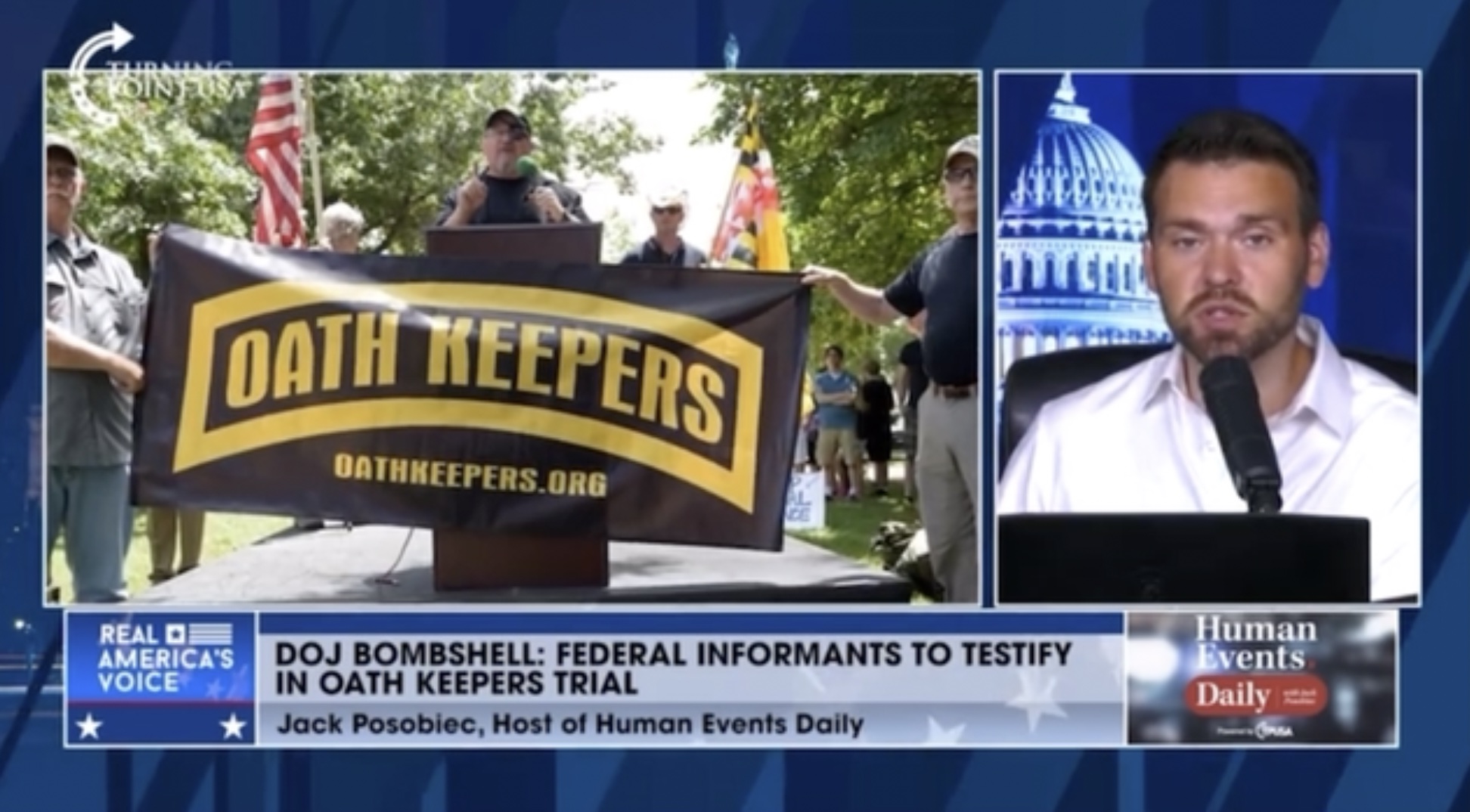 The Department of Jusice has admitted that federal informants were used in the Oathkeepers investigation, and that they may be called to testify at trial in cases involving members of that organization who are alleged to have participated in the Capitol riot of January 6. This was revealed on Friday, on Human Events Daily.

Jury selection in the trial of Stewart Rhodes, and four of his co-defendants, is set to start on Tuesday. They are being tried on charges of seditious conspiracy. Testimony from federal informants could show how long the government was working internally with the Oathkeepers, and their role, if any, in the events of January 6.

The DOJ revealed that they had informants through the filing of a “Motion to exclude for a protective order pertaining to the trial testimony of confidential human sources by USA as to Elmer Stewart Rhodes, III, Kelly Meggs, Kenneth Harrelson, Jessica Watkins, Joshua James, Roberto A. Minuta, Joseph Hackett, David Moerschel, Brian Ulrich, Thomas Edward Caldwell, Edward Vallejo,” and it was entered into court on September 21.

“The United States respectfully submits this motion for a protective order to protect from disclosure information regarding ongoing investigations related to certain Federal Bureau of Investigations (“FBI”) Confidential Human Sources (“CHSes”) who are expected to testify at trial and personal identifying information related to those CHSes.

“At trial, the government or defense may call to testify certain CHSes who were either involved in the investigation that led to prosecution of the defendants, or who became CHSes subsequent to the initiation of the instant investigation.”

This is a filing in the Oathkeepers case that says federal informants were involved and will be testifying. While the DOJ has filed an order of protection to seek to hide the identities of those informants, the 6th Amendment secures the right of a defendant to face their accuser and question them in court.

Senator Ted Cruz questioned executive assistant director of the National Security Branch of the FBI Jill Sanborn before Congress in Janaury, asking her directly if the FBI had informants within the group of rioters, asking what role the FBI played in Jan. 6. He asked her outright “How many FBI agents or confidential informations actively participated in the events of January 6?”

Sanborn declined to answer, saying she could not go into “sources and methods.”

Cruz asked if any FBI agents or confidential informants committed acts of violence on that day, or actively encouraged or incited crimes of violence, questions with Sanborn declined to answer.

“Did federal agents or those in service of federal agent actively encourage violent and criminal conduct on January sixth?” Cruz asked directly.

“Not to my knowledge, sir,” Sanborn replied.

The Biden administration has used the events of January 6 to create and deepen their initiatives to uncover “domestic terrorism.”

Domestic extremism and domestic terrorism have been a major focus of the Biden administration's efforts in the area of law enforcement. Biden authorized the creation of a National Strategy for Countering Domestic Terrorism. That strategy, released in June 2021, comes with a preamble that states that the project of finding and prosecuting domestic terrorists and extremists “should unite all Americans.”