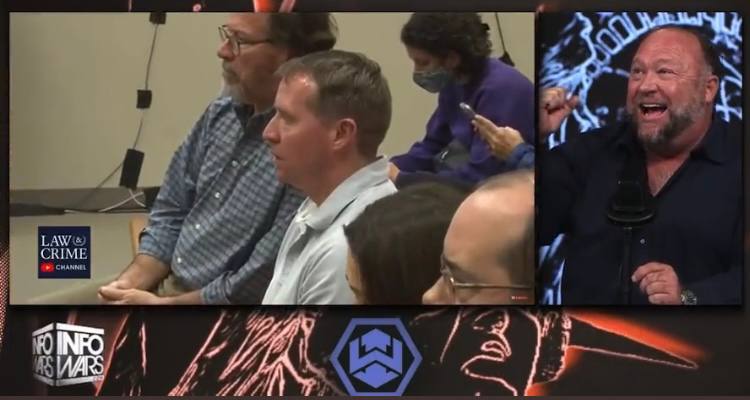 Alex Jones of InfoWars reacted to the $965 million he has been ordered to pay to Sandy Hook families.

“They make these lies with all this money we’ve got. It’s all just delusional leftist crap. Like that two men can have a baby. The same cult that wants to cut your son’s balls off,” said Jones.

Jones noted that he is paying money to families whose names he never said and that he doesn’t know “who they are,” calling the whole ordeal “hilarious.”

“Get those numbers up!… C’mon, we need more than that!” Jones said.

Jones called the verdict a “political joke,” and said, “They actually believe they’re getting this money. It’s like they believe all their own stuff.” Jones also said he would be “disappointed” if the figure did not reach a billion dollars, and compared the amounts to “getting blood out of a stone.”

The amounts that Jones and Free Speech Systems are ordered to pay, per plaintiff, are:

For a grand total of almost a billion dollars.