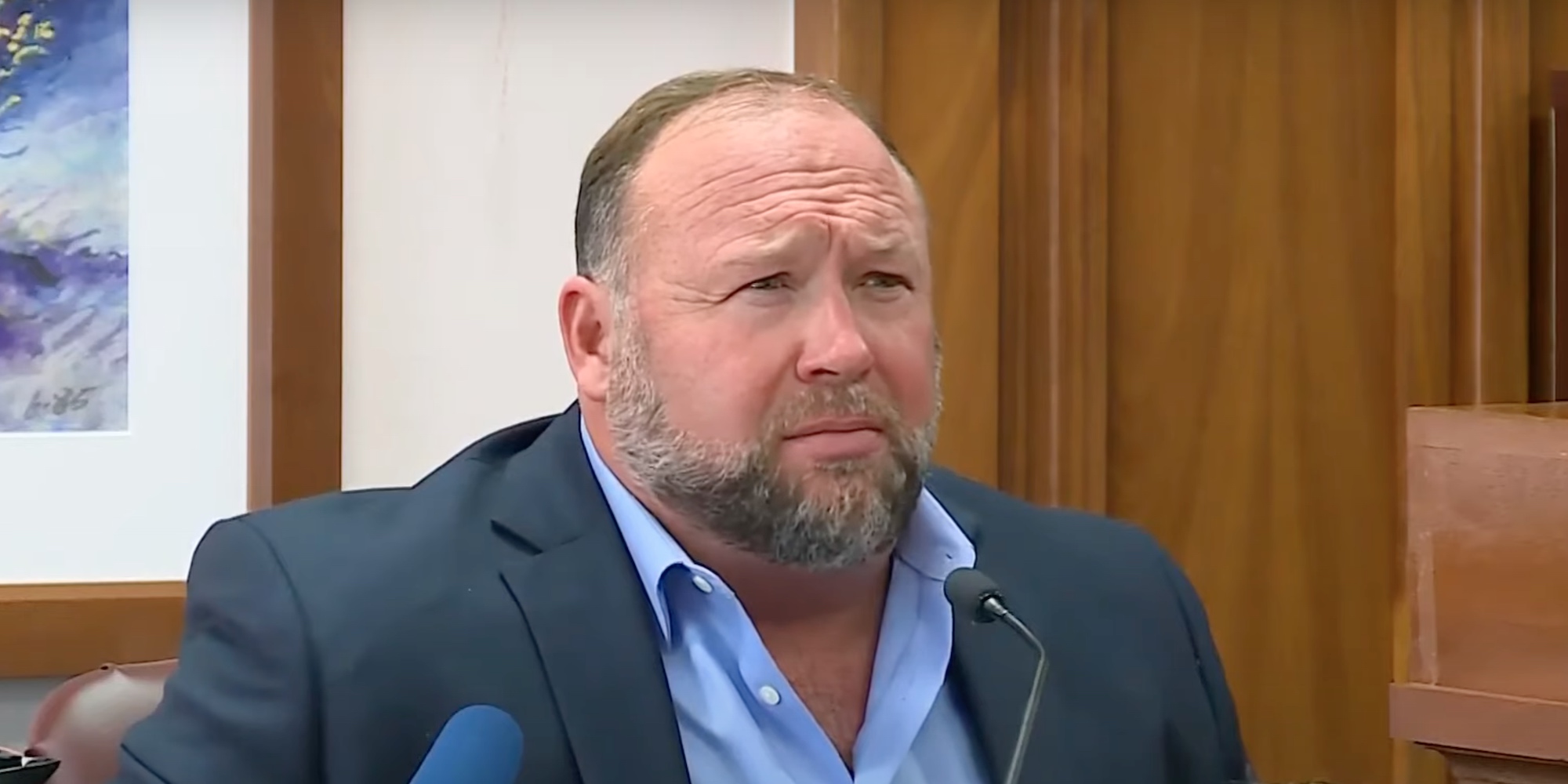 InfoWars host Alex Jones‘ civil defamation trial concluded on Wednesday, with a jury ordering Jones pay $965 million to families for “defamation damages” and “emotional stress damages”. The case was brought forward by the families of the Sandy Hook massacre in 2012. The jury decided that Jones would pay $965 million in “fair, just, and reasonable” damages.

The payments will go to numerous families of victims of the massacre. Jones claimed that the shooting was orchestrated and that family members were actors who faked the tragedy, a Connecticut jury said on Wednesday.

Prosecutors sought $550 million for a group of parents who accused Jones of spreading lies about the shooting. Jurors determined the amount of money that was to be awarded.

“The plaintiffs’ attorney, Chris Mattei, asked the six jurors to “think about the scale of the defamation,” citing as one example Jones’ claim the families, “faked their 6- or 7-year-old’s death,” reports ABC.

“Defense attorney Norm Pattis told jurors it was not their job to bankrupt Jones so he would stop broadcasting lies,” they wrote.

This is the second multimillion-dollar verdict against Jones in just two months. In August, Jones was ordered to pay millions to Sandy Hook parents in a case in Austin, Texas, where he operates InfoWars from.

The verdict was delivered after three weeks of testimony.

In a live video reaction on Infowars, Jones called the verdict a “political joke,” and said, “They actually believe they’re getting this money. It’s like they believe all their own stuff.” Jones also said he would be “disappointed” if the figure did not reach a billion dollars, and compared the amounts to “getting blood out of a stone.”